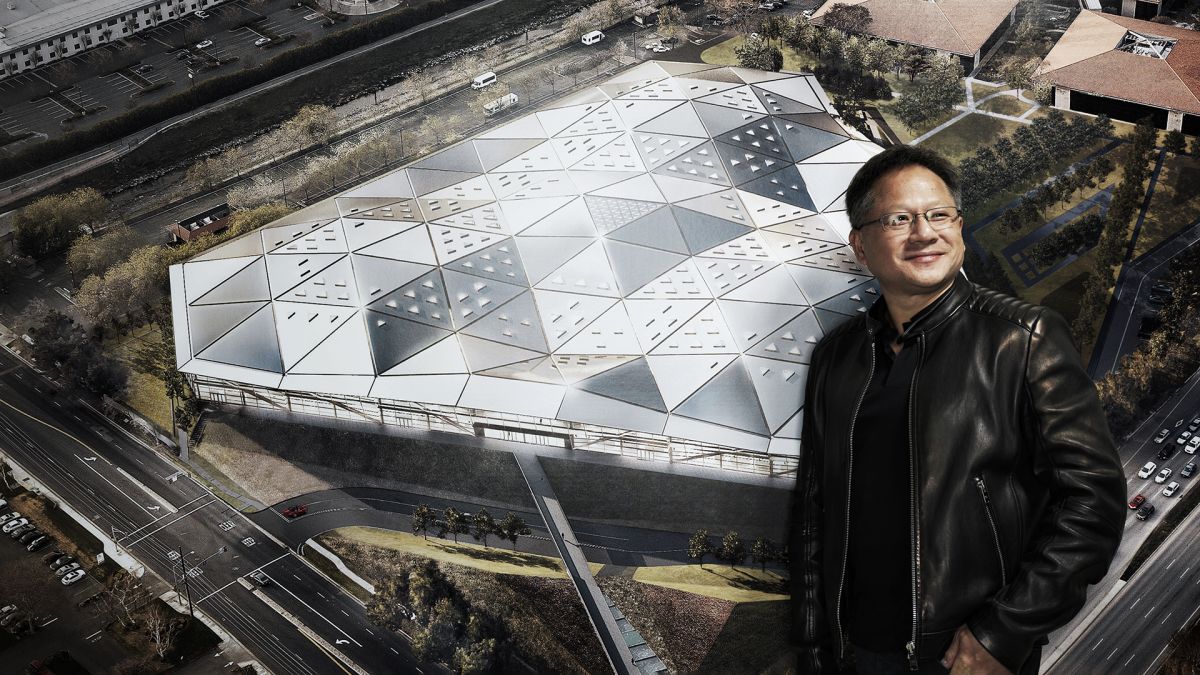 The rumoured deal between Nvidia and SoftBank to purchase Arm, the chip design company, is reportedly only weeks out from completion, sources close to the matter tell Bloomberg. If completed, it is expected to be the largest deal of its kind in semiconductor history.

A recent report suggests Nvidia is close to signing a deal to buy Arm, as previous rumours have also alluded to. Arm’s architectures and designs are incorporated into chips used across the smartphone and computing industries, and are becoming a growing rival to x86 chips from Intel and AMD. Nvidia uses Arm chips alongside its own for the Nintendo Switch, and across its autonomous chips and embedded systems.

There’s unlikely to be a huge impact on the GeForce graphics card lineup that Nvidia is known for with us gamers. However, it would likely spur on some complete systems from the green team. The next-gen Nintendo Switch could legitimately be entirely Nvidia-powered.

It’s also suggested that Nvidia is the sole company vying officially for Arm at this time, or the only one that is currently known today. All of which suggests this could be a relatively likely deal to go through.

Nvidia would likely be looking at a mighty sum to purchase Arm, however. Softbank, a Japanese company, bought the Cambridge, UK-based semiconductor company, back in 2016 for a total of $32bn. That valuation is only going up too. With major clients such as Apple, who publicly promised to switched from Intel x86 to Apple-designed Arm chips earlier this year, the company is expected to more than double its value by 2025, the report states.

Speaking of Apple, the company is said to dislike Nvidia with a passion. So I can’t imagine it would be particularly thrilled that Nvidia may soon have total control of the licensing for architectures it is now relying on going forward. Still, Nvidia won’t be able to play favourites if it is to win regulators’ favour.

The other likely option for SoftBank, which is looking to cut some of its recently acquired assets, is to take Arm public.

This would avoid the likely scrutiny of regulators and companies that compete with Nvidia, who are likely to be wary of any deal that puts access to Arm designs and chips in the hands of a competitor. Nvidia faced a great deal of scrutiny when it purchased Mellanox for $6.9bn last year, which was completed in 2020 after some back and fourth with regulators, and an Arm takeover is sure to be doubly tricky.

That Mellanox deal was Nvidia’s largest, at the time. A potential Arm buyout would easily dwarf it by comparison.

If the rumours are true, we’re likely to hear something official from Nvidia, SoftBank, and Arm before long. And what a turning of the tide that would be for Nvidia. Softbank’s Vision Fund, set up to invest in the technology sector, was at one time the owner of $3.63bn worth of Nvidia shares. However, during Nvidia’s share price crash of late 2018/early 2019, SoftBank made quite a splash by ditching every single one of its shares.

And now, after a stellar year for its share price, Nvidia is reportedly looking to pick up one of SoftBank’s most prized possessions. That would net CEO Jen-Hsun Huang a way into the CPU business, and help his company deliver on its console, automotive, and server SoCs and systems.