Now you can play Minecraft in Half-Life 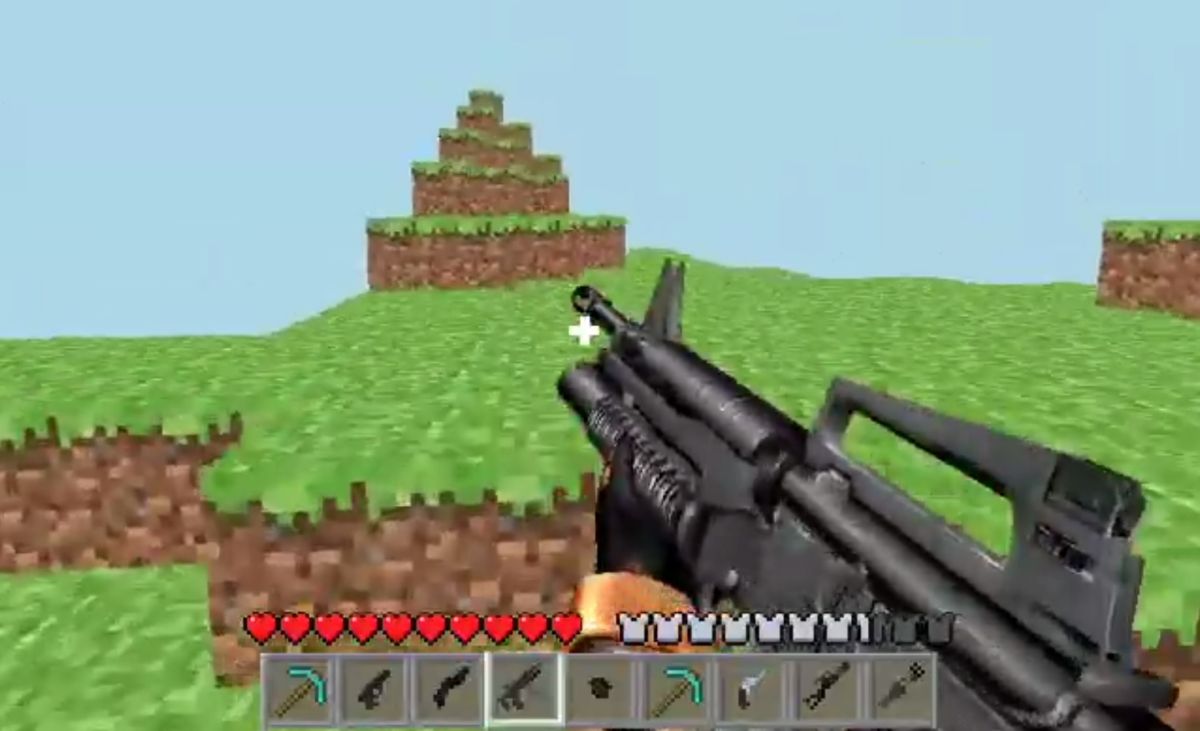 You can play Minecraft on your console, your phone, on Windows 10 or in Java, but is that really enough? No, of course not. There are still loads of places where you can’t play Minecraft. Why can’t I build a castle on an ATM? That might be an impossible dream, but at least I can now play it in Half-Life.

Half-Craft is a work-in-progress mod from b4n4n4 that ports Minecraft to the GoldSrc engine, finally letting Gordon Freeman take a break from dodging headcrabs to build himself a lovely cabin, or maybe a giant stone cock—his options are limitless.

The alpha demo vid, above, looks almost exactly like Minecraft, though the torch icon is of course from Half-Life. It looks like some of Gordon’s weapons are available, too, along with his hand. Those blocky Minecraft appendages don’t have the dexterity for an assault rifle, apparently. When you’re holding regular Minecraft items, however, your arm will go back to normal.

It sounds like the process to port Minecraft to the GoldSrc engine has been a tricky one, and b4n4n4 has detailed some of the problems they encountered, most notably networking issues that slowed things down a lot. They’ve come up with solutions, however, and now you can try out the alpha for yourself.

The aim is to make the mod comparable to the alpha and beta builds of the original game, but b4n4n4 warns that there are some bugs that still need to be squashed in the current version, and that it’s just got the basics. You can break blocks, place blocks and explore, but you’ll need to spawn the blocks yourself. Expect some graphics issues, too, and it’s not been designed with multiplayer in mind.

Future plans include adding Minecraft’s survival mechanics, and b4n4n4 will be releasing multiple improved versions this month. You can download the alpha over at ModDB.