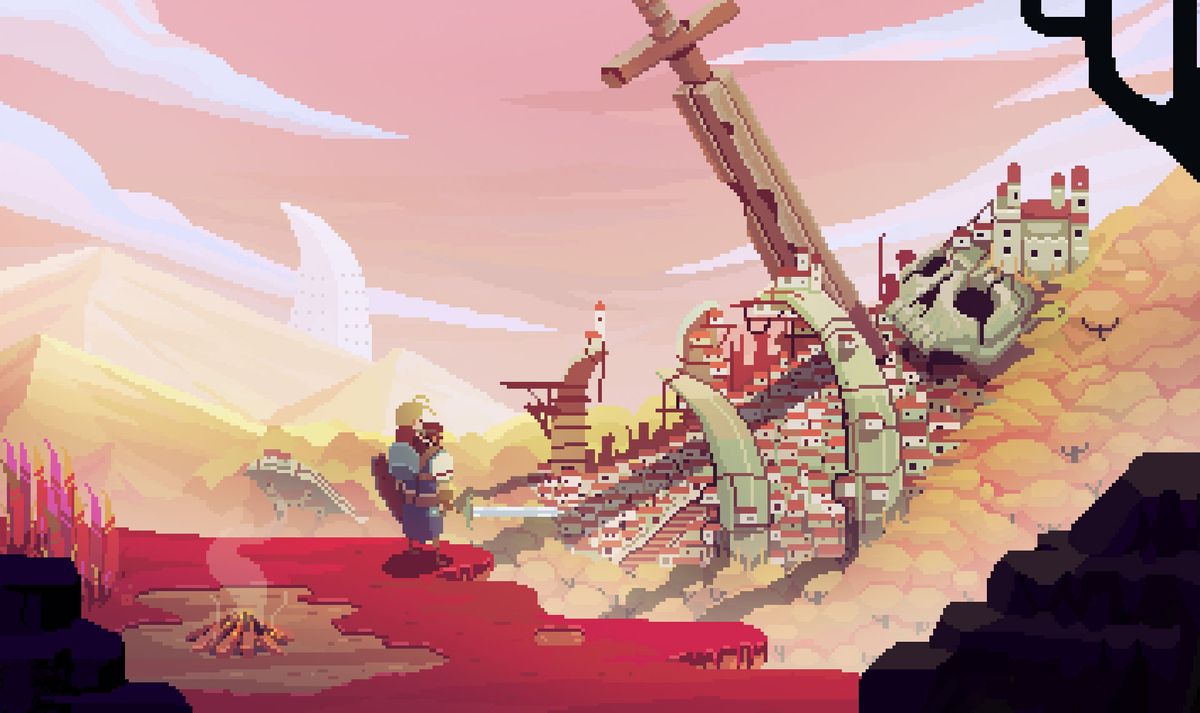 Ysbryd Games, the publisher of Masquerada: Songs and Shadows, VA-11 Hall-A: Cyberpunk Bartender Action, and World of Horror, announced a new project today during the Guerrilla Collective livestream. Entitled No Place for Bravery, it’s an action-RPG about an old soldier racing to save his kidnapped daughter in a devastated fantasy world inspired by Norse mythology.

No Place for Bravery promises an equal emphasis on narrative and action, combining fast-paced combat with a story of a man plagued by nightmares, who embarks upon a quest to save his family—a journey that will force him to confront the decisions of his ambitious past. It was originally intended to be a roguelike, Ysbryd said, but Brazilian developer Glitch Factory opted to take it in a more story-focused direction “that more closely follows their vision and inspirations.”

“Multiple members of the team had to deal with toxic relationships and absent parents,” Glitch Factory developer Matheus Queiroz said. “Through the trials and tribulations of our lives, including the long road of development, we have persevered, and we hope our shared experiences will be heartfelt by the PC and Nintendo Switch communities.”

No Place for Bravery is set to come out in early 2021. Check out some screens below (they’re very cool), and find out more about the game at noplaceforbravery.com.