No matter what your budget is, there’s an MSI Z490 motherboard perfect for you 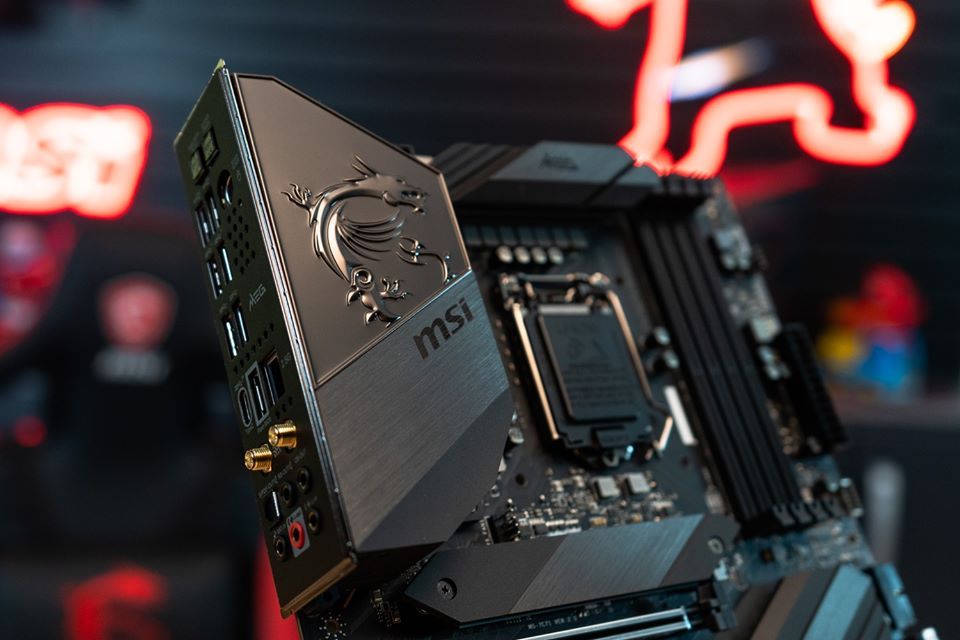 Intel has unveiled its brand new series of 10th Generation desktop CPUs, and, as you’d expect, these processors are being accompanied by a plethora of brand new Z490 motherboards that have the chipset required to equip your rig with one. Each motherboard developer has come up with a large selection of models to choose from, but MSI’s lineup of Z490 motherboards trumps the competition with better features for  a similar price.

It can be tough to know which specific MSI Z490 to go with if you’re not a motherboard expert, and that’s what this article is for. This buyer’s guide will give you a detailed overview of what you should look for when buying a motherboard, as well as which MSI Z490 boards are the best choice at every price point.

New desktop processors like the Intel Core i9-10900K feature more cores and a higher power draw than the previous generation, and as such, you need a motherboard that has a powerful voltage regulator module (VRM) on it so that it can deliver enough power to the CPU in order to make things like overclocking possible.

To keep things as stable as possible, you want to aim for a motherboard that has both a high phase count as well as strong measures to combat heat buildup. VRMs that have a high number of phases can withstand being pushed to the limit more reliably and safely than those that don’t, and cooling systems prevent the heat that builds up during overclocking from impacting your rig’s efficiency (and thus, performance). MSI’s premium Z490 lineup, which consists of the Z490 GODLIKE, Z490 ACE, and Z490 Unify, all come with 16 phases on their VRMs and active cooling systems like heat sink fans. In addition, they each have MOSFETs rated at 90A, which allow maximum power delivery to the CPU.

If you plan on overclocking, quality power delivery and cooling systems should be your number one priority.

Something else that’s important to consider is what maximum RAM speed a motherboard supports, which is also known as memory frequency. Faster RAM means that your system can process large amounts of data from games quickly and without any slowdowns, ensuring your framerate will be high and your overall experience will be smooth. Therefore, it’s a good idea to invest in a motherboard that supports high memory frequency. Most Z490 motherboards support up to 4600MHz, while some can even handle 5000MHz.

Overall, it’s best to go with the motherboard that supports the highest possible memory frequency. Even if you’re not planning to get RAM that can take advantage of that support now, having it will come in handy down the line when top-notch RAM becomes more affordable.

Get something PCIe Gen 4 ready

Even though current Intel 10th Gen processors don’t actually support PCIe Gen 4, all of MSI’s Z490 motherboards are equipped with the necessary hardware that will allow the board to work with PCIe Gen 4 gear once a CPU comes out that does work with it. This means that no matter what Z490 motherboard you get from MSI, you’ll be able to enjoy the benefits of PCIe Gen 4 graphics cards and SSDs if you plan to upgrade your processor down the line.

Connectivity to both the internet and to peripheral devices can often be just as important as in-game performance, so it’s preferable to pick a motherboard that scores highly on these fronts. The absolute best networking speed you can get with an MSI Z490 motherboard is an impressive 10GbE LAN. However, this is reserved for the flagship model, the MSI Z490 GODLIKE. 2.5GbE LAN is available on every other MSI Z490 model, and Wi-Fi 6 support is a standard feature on every Wi-Fi-enabled board.

In terms of I/O peripheral connectivity, MSI’s Z490 GODLIKE comes with Thunderbolt 3 support, as does its ITX-oriented MSI MEG Z490I Unify. Additionally, even though the Z490 chipset doesn’t support USB 3.2 Gen 2×2, MSI has included an ASMedia USB 3.2 Gen 2×2 chip in some of its Z490 boards to achieve 20Gbps speeds. Lastly, all MSI Z490 motherboards come with a frontal USB Type C connection.

If you have no budget limit and you’re willing to spend as much as you need to in order to get your hands on the best motherboard there is, pick up the MSI MEG Z490 GODLIKE. Between its incredible 16 phase VRM with full active cooling, the stellar 5000MHz memory frequency support, full PCIe Gen 4 readiness, and fantastic internet and I/O connectivity features, the Z490 GODLIKE is a motherboard that offers performance like no other. It’s priced at $750.

If you’re looking to pick up a premium motherboard without spending as extravagantly, both the MSI MEG Z490 Ace and Unify are strong alternatives. They feature 2.5GbE LAN instead of 10GbE, a slightly lower RAM frequency support (4800MHz instead of 5000MHz), and they don’t come with Thunderbolt 3. However, they are similar to the GODLIKE in every other way. The Ace features RGB lighting and retails for $400, while the Unify does not. As a result, the Unify costs less at $300.

Best buys for mainstream systems – Below $299

These less expensive motherboards will still be more than enough for powering and overclocking the new top-notch CPUs on the market. VRMs of boards at this level have 12 phases and MOSFETs between 45 and 60A. All networking is at the 2.5GbE level, and there’s no Thunderbolt 3 support to be found. Wi-Fi 6 is still available as a standard, but only on motherboards that support Wi-Fi connectivity. As we stated before, all MSI Z490 motherboards are PCIe Gen 4 ready regardless of price or power, so there’s no need to worry about that feature being absent.

If Wi-Fi 6 is important to you, you should opt for the MSI MPG Z490 Gaming Carbon WIFI. It brings all the power of a strong mainstream motherboard to the table alongside Wi-Fi 6 connectivity. This motherboard is priced at $270. If you’re okay with sticking to ethernet, than you should opt for the MSI MAG Tomahawk. It’s essentially the same board as the Z490 Gaming Carbon WIFI aside from the slightly less powerful MOSFET (55A instead of 60) and the lack of Wi-Fi compatibility. It retails for $190.

Best buy for budget systems – Below $169

Even at the budget level, MSI’s offerings are pretty impressive. Though the VRMs on these boards have less competent power delivery compared to better models, they still have 12 cores, which is awesome. In addition, 2.5GbE is still available on budget models and you’ll also get frontal Type C connections, too.

Folks who want an affordable motherboard that works with the new 10th Gen CPUs admirably will love the MSI MPG Z490 Gaming Plus. It’s a strong performer despite its low price, and you get a lot of bang for your buck. It’s priced at $169.