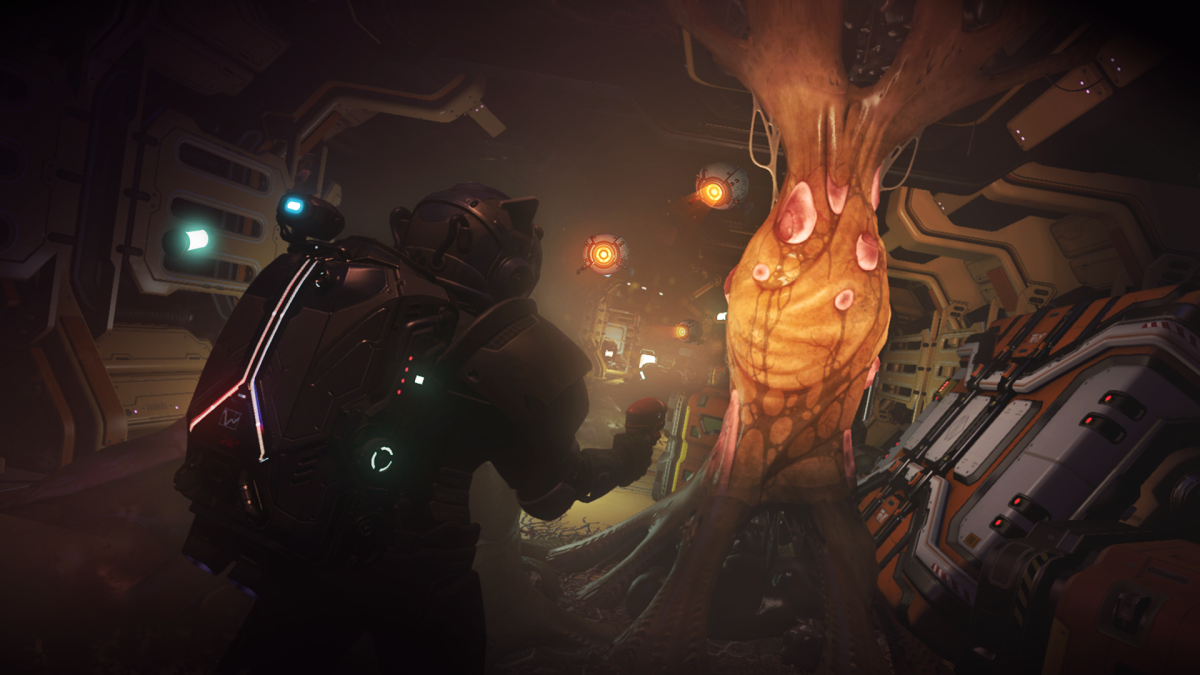 No Man’s Sky has always been known for its intergalactic exploration, letting players discover new worlds at the far reaches of the galaxy. But the space survival sim has taken a bit of a turn with its new Desolation update, leaving the joys of planet-hopping behind for the terrors of being alone in the unknown. It’s a whole new atmosphere for No Man’s Sky, which you can see in the trailer above—it’s giving me major GTFO and Alien: Isolation vibes.

The Desolation update adds abandoned space freighters to the game that players are free to explore at their own peril. Players will have to carefully navigate through procedurally generated environments in search of salvageable resources and upgrades for your ship. You can take a chance and explore on your own or with a team, although Hello Games hints that there is safety in numbers with this update.

The interior of these desolate space crafts holds many dangerous hazards and hostile lifeforms, and Hello Games says that it has improved and balanced the weapons and enemies for “a more dynamic combat experience”. Look forward to more alien fisticuffs. There also seems to be a light narrative to each craft as players can find scraps of ship logs and hand-written notes revealing the crew’s story.

The update Includes quality of life updates across the board which are listed in full over on the No Man’s Sky Desolation update page. The Desolation update has arrived at just the right time as No Man’s Sky launched on the Xbox Games Pass for PC last month, letting players meet up with friends on any other platform.