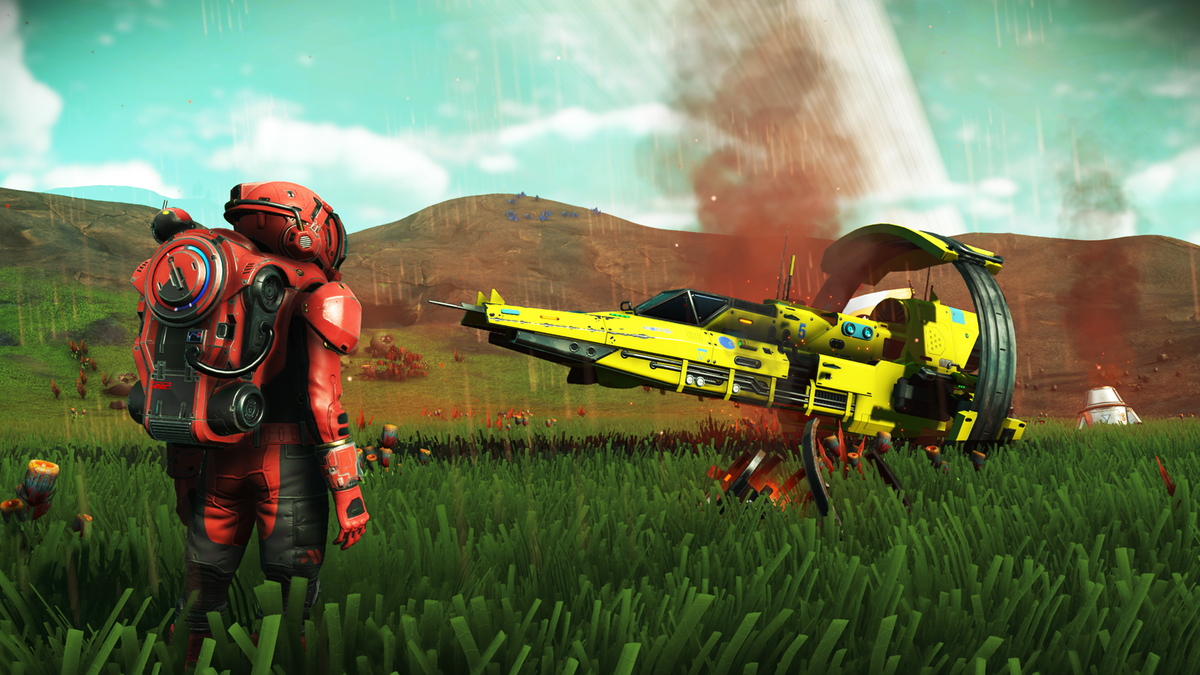 Cosmic sandbox No Man’s Sky is going where many games have gone before, as it’s getting a Windows PC version and coming to the Microsoft Store. This isn’t normally a cause for celebration, granted, but the news also coincides with its imminent arrival on Xbox Game Pass for PC.

This means you can take No Man’s Sky for a spin for £1/$1 if you’re a new subscriber, which will increase to a £4/$5 subscription after the first month. That’s pretty great just for a month of No Man’s Sky, but Game Pass also boasts a pretty great library that includes Sea of Thieves, PC Gamer’s best ongoing game of 2019, and the surprisingly great Gears Tactics.

No Man’s Sky wasn’t quite what we were hoping for when it launched in 2016, but over the course of countless updates it’s grown into an elaborate space exploration romp and a creative outlet. There’s building now, and proper multiplayer, as well as mechs, living ships and multiple storylines—Hello Games has had a very busy few years. And it’s all been integrated into the base game, so don’t need to shell out for DLC extras.

It’s still a bit of an acquired taste, but that makes it perfect for something like Game Pass, where you can spend a quid and, if it’s not your thing, you’ll probably find at least a few games other games to keep you occupied.

You’ll be able to download No Man’s Sky on Xbox Game Pass for PC in June.