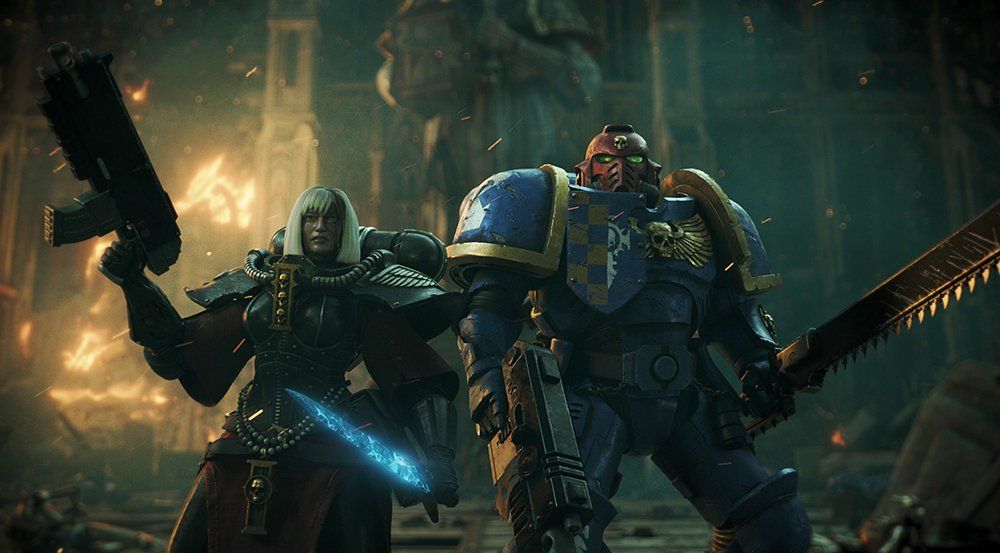 Games Workshop has announced a new edition of beloved tabletop wargame Warhammer 40,000, aka the thing that inspired excellent videogames like Dawn of War, Space Marine, Mechanicus, and Final Liberation (never forget). This ninth edition will be an evolution of the previous rules rather than a complete rewrite, and the current codex books for each faction will remain compatible until new versions come out. Which means players won’t have to stop using any of their old models just yet.

Among the changes coming are welcome tweaks to the way vehicles work, allowing tanks to shoot in close combat so they can’t be effectively swamped by trash mobs. A “crusade” system of narrative rules will allow for gaining experience points and battle honors, and there are revamps to the rules for flying, terrain, explosive weapons, strategic reserves, and command points as well as some kind of balances to make the rules better suit both large and small battles.

The cinematic trailer shows off the featured factions of necrons, sisters of battle, and primaris space marines. Of those it seems like new miniatures for necrons and marines will be showcased in a boxed set.

Right now the small-scale spin-off game Kill Team is the best way to get into Warhammer 40,000, but it’s currently a bit of a leap from there to the larger game. The ninth edition seems like a more convenient crossing over point, and Kill Team apparently isn’t going anywhere, with a promise in the FAQ that the new models will be written up for it.

The new edition’s basic rules primer will be available as a free download, and an army-building app is coming too.

A shake-up of the setting will inevitably be part of the new edition, with a line of books to go with it. If you want to catch up on the current state of affairs, here’s a timeline of major events in the Warhammer 40,000 universe.