Next-gen console SSDs are changing how games are written, and that could be good for PC 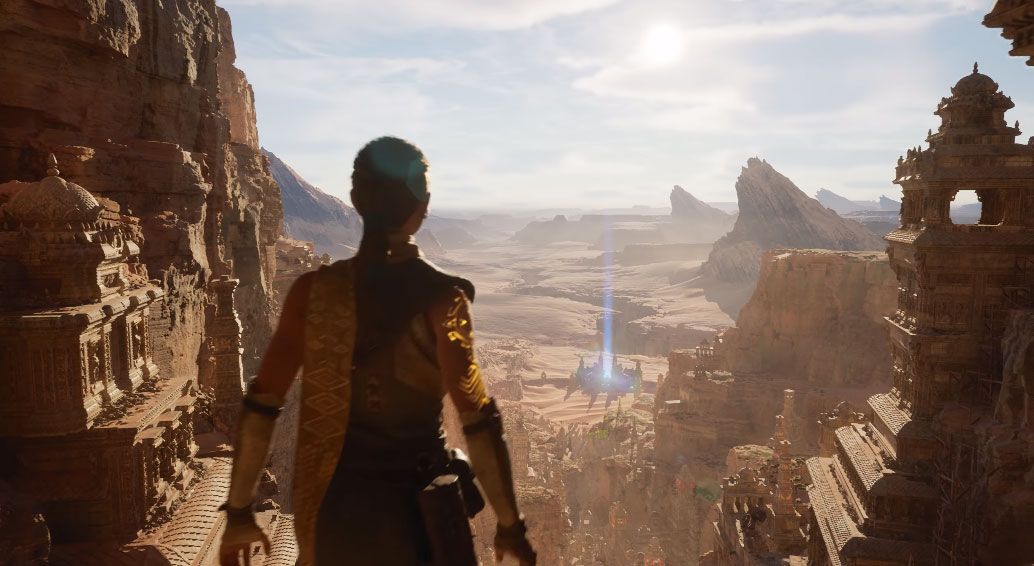 It will still be several months before next-generation game consoles arrive, but already much has been made about the shift to NVMe SSD storage, and the potential implication that could have for PC gaming. The PlayStation 5 and Xbox Series X are essentially PCs in console digs, after all. It will take some time to realize the full impact of this shift, but in the meantime, one interesting bit of information has emerged—Epic Games revealed it rewrote key parts of Unreal Engine 5 “with the PlayStation 5 in mind.”

As Tyler wrote about a few weeks ago, fast SSD storage is the key to super detailed scenes showcased in a recent UE5 demo. He talked to Epic CEO Tim Sweeney, who said “on a high-end PC with an SSD,” and especially one outfitted with an NVMe interface (which shuttles data through the PCIe bus), we can expect “awesome performance” from games based on UE5. Naturally, a fast CPU and GPU will also be needed, or even the speediest SSD won’t be of much help. It would be like putting tires built for racing on a Ford Pinto.

What we didn’t know at the time, however, is to what extent game developers will optimize their games for SSD storage. We still don’t have a full picture, but the latest revelation is certainly interesting.

“The ability to stream in content at extreme speeds enables developers to create denser and more detailed environments, changing how we think about streaming content. It’s so impactful that we’ve rewritten our core I/O subsystems for Unreal Engine with the PlayStation 5 in mind,” Epic’s Nick Penwarden told VG247 in an interview.

SSDs have been available for the PC for several years now. As things currently stand, however, gaming performance is roughly the same on an NVMe SSD as it is on a comparatively slow (but still fast) SATA SSD.

That means there is untapped potential. The fastest SATA SSDs hover around 550-580MB/s for sequential reads and writes, whereas NVMe SSDs are typically at least four or five times faster, and sometimes much more. And in the case of NVMe SSDs that leverage PCIe 4.0 (only available on AMD’s X570 and B550 chipsets at the moment), sequential reads and writes can hit a whopping 5,000MB/s, with even faster models on the horizon.

Bear in mind that there is more to be gained than just load times. This is where game optimizations for next-gen consoles come into play. Sony sort of stuck its neck out in the public eye by putting so much emphasis on the PS5’s SSD performance, considering SSDs have been around for years. But if it does fundamentally change how game engines and games are coded, all that untapped speed on PC SSDs could be realized in ways that it just hasn’t been up to this point.

That’s a best case scenario, though. A game demo is one thing, and we’ll have to wait and see what actually develops. But at least the SSD is finally in the limelight.