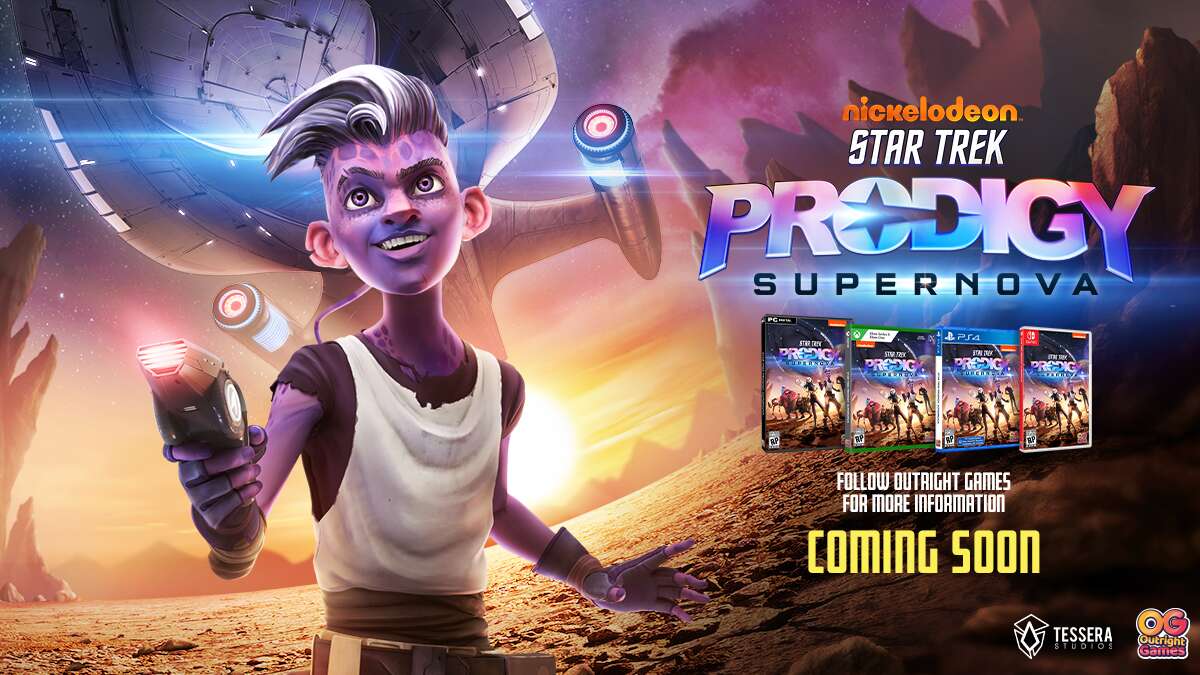 Following a leak, a new Star Trek video game has now been officially confirmed. Star Trek Prodigy: Supernova, based on the animated TV series Star Trek: Prodigy, is on the way for PS4, Xbox One, PS5, Xbox Series X|S, PC, and Nintendo Switch.

Like the TV series, it follows the story of six alien teenagers living on an abandoned Federation starship. “This game also marks the first ever Star Trek video game aimed at younger players, bringing gaming to a new generation of Trekkies,” reads a line from the announcement.

Outright Games, a company with lots of experiences with licensed games, is working on Supernova. Outright has developed games in the My Little Pony, Fast & Furious, and Hotel Transylvania franchises, among others. Tessera Games, a newly formed studio, is also listed as a developer.

More details on the upcoming game will be shared over the coming months.

Supernova joins the recently announced Star Trek: Resurgence. This is a third-person adventure game that tells an original story that takes place after the events of Star Trek: The Next Generation. This game is coming from a studio made up of former Telltale developers.

In other Star Trek news, Paramount has announced that Star Trek: Picard Season 3 will reunite the cast of The Next Generation.