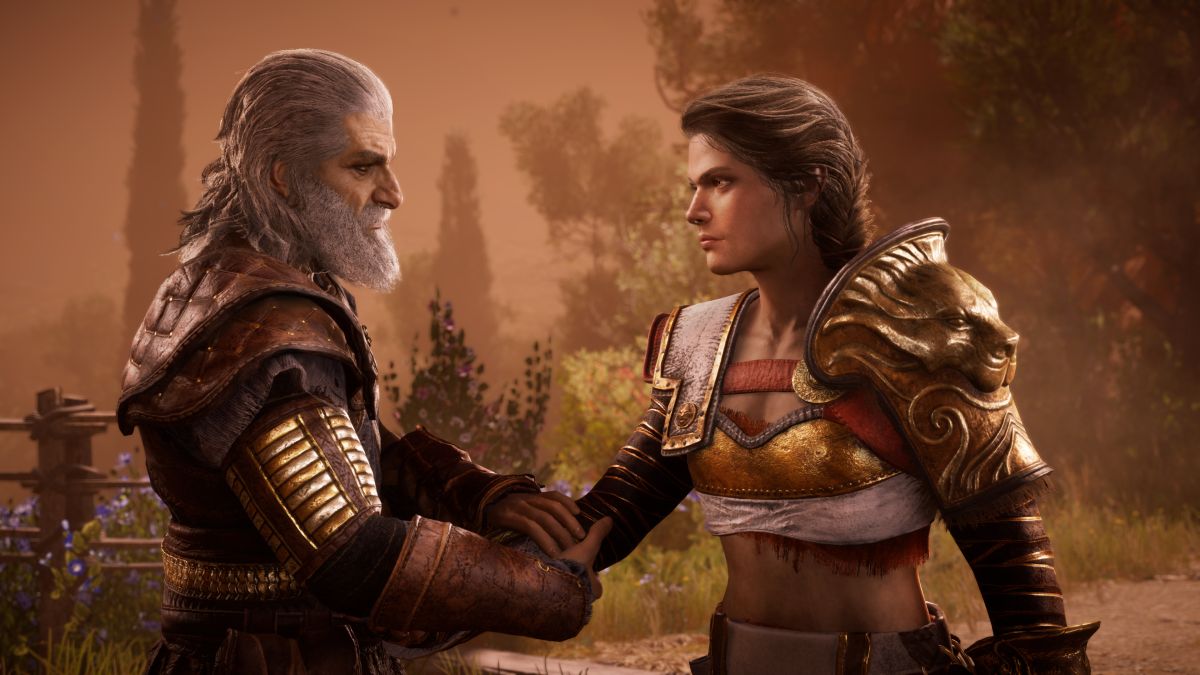 Recent Assassin’s Creed games were originally going to have much larger roles for their women protagonists according to a new report on Bloomberg.

The report, which investigates recent reports of harassment, abuse and toxicity within Ubisoft, outlines how the publisher’s culture of misogyny and “machismo” impacted on the games it produced.

According to Bloomberg, Assassin’s Creed Syndicate was originally going to feature a more even split between its two playable leads, twins Jacob and Evie Frye. After meddling from executives, including recently-resigned Serge Hascoët, the balance became much more skewed in Jacob’s favour. In the final game, it is a rough 40/60 split between Evie and Jacob.

This pattern emerged again for Assassin’s Creed Origins. The original story saw protagonist Bayek killed off early in the game to be replaced by his wife Aya. In the final game, Aya has a massively reduced role, with her only really starring in a few ship combat segments, while Bayek became the primary lead.

A year later, Assassin’s Creed Odyssey was going to originally only feature Kassandra as its player character. Hascoët, and unnamed people within Ubisoft’s marketing department, claimed that games with women leads wouldn’t sell, and so Kassandra’s brother Alexios was included as an alternative lead. While Kassandra is still the canon protagonist of Odyssey, it always felt to me like the decision to have an interchangeable lead made it more difficult for the writers to develop either Kassandra or Alexios as their own characters. Knowing that it was a decision forced upon the team by executives now accused of harassment and abuse leaves an even worse taste in my mouth.

Serge Hascoët was Ubisoft’s ‘Chief Creation Officer’ and was described as the “creative force” of Ubisoft, and one of its most powerful employees behind CEO Yves Guillemot. He was responsible for greenlighting games and could alter the direction of any development as he saw fit. Before he resigned from Ubisoft earlier this month, he had been accused by French newspaper Libération of toxicity, misogyny, homophobia, “libidinous behaviour” (via Thomas Bidaux), and even drugging people with marijuana-laced cakes without their knowledge.

His resignation comes as part of a clean-up operation within Ubisoft. Allegations have reached all aspects of the publisher, with executives, developers and HR all being accused of fostering horrific working environments rife with abuse. On July 2, Guillemot outlined the company’s response, including third-parties coming in to reform HR policies and investigations into all the allegations that have been made. However, Guillemot has since come under fire for being the CEO of the company while all of this was going on, with people arguing that he both knew and tolerated the environment until it became too big of a PR headache for him to ignore.

It’s been years since there was a major Ubisoft release with a sole woman lead. While Assassin’s Creed Liberation starred Aveline, that was a handheld spinoff and not given the same prominence as its contemporary, Assassin’s Creed 3. If you ignore smaller, indie-ish titles like Child of Light, the last major Ubisoft game to star a woman as the sole playable character was 2004’s Beyond Good & Evil. The answer to this problem isn’t just to drop a woman in every once in a while and call it a day, it’s to ensure the environment at studios is receptive to diverse voices and stories free from the biases of its executives, something that has been severely lacking under Hascoët’s management.

Having character creators where you can pick your character’s gender isn’t a problem, and neither is having men lead your games. The problem comes when stories that could have been told from a woman’s perspective are instead diluted by shoving a man in there out of unfounded fears the game won’t sell without one.

Imagine an Origins where Aya had to avenge both her son and her husband, or an Odyssey that really explored the gender dynamics of Ancient Greece. More importantly, imagine if the people making those games could have done it in an environment that was safe and free from the alleged harassment by executives and managers, and from gaslighting by the publisher’s HR department.