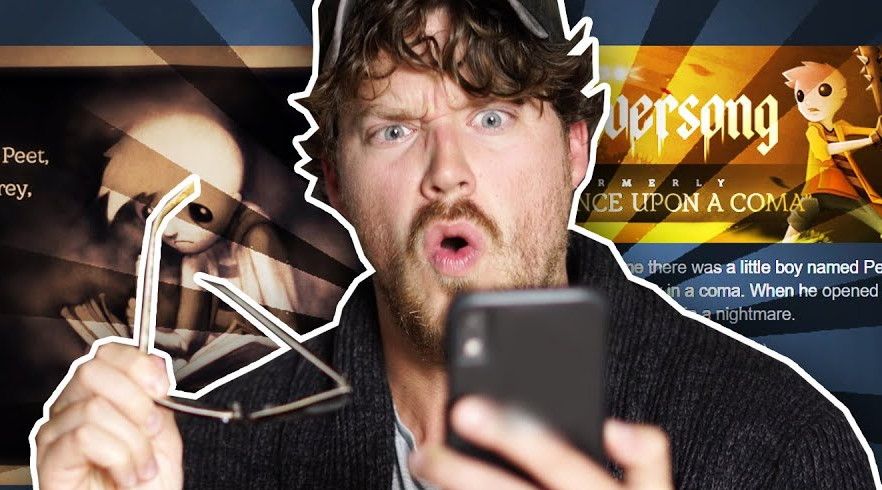 Neversong, originally known as Once Upon a Coma, is the sequel to the much-loved Flash game Coma. Successfully Kickstarted for more than $85,000 in 2018, it debuted yesterday on Steam, and based on user reviews—and multiple pre-release awards from SXSW, Indie Mega Booth, and others—is quite good. But as creator Thomas Brush explained today on YouTube, the launch itself was not quite so good.

There were two big problems with the launch day, Brush explained. One, he picked up a sinus infection, which is never fun; and two, he gave 3500 Neversong Steam keys to every single one of the 2,798 people who backed the game on Kickstarter. Accidentally, in case that needs clarifying.

“Everybody got a text file with 3,500 Steam keys,” Brush says in the video. “So you can imagine, my inbox was exploding [with] very kind, honest people saying, ‘Dude, you just sent me all these keys. Do you want me to keep them?'”

The good news is that Steam enables developers to pull the plug on errant keys, and so after an appropriate bout of panic, Brush cancelled them all. The bad news is that physical illness doesn’t go away quite so quickly or easily.

“Dodged a bullet there, but I’ve started feeling a sinus infection coming right when that stress happened. I think I get sick when I’m stressed,” Brush says in the video. “So that happened.”

Fortunately, despite the Steam shock, Neversong did quite well on its launch day, earning a spot in Steam’s “community recommends” list which Brush said is “pretty sweet.” He also said near the end of the video that Neversong doubled the launch numbers of his previous game, the 2017 platformer Pinstripe. Overall, he’s “pleased” with the launch day results, but he’s glad it’s over, too.

“I’m very glad it’s over. There’s still plenty of Kickstarter rewards that I have to fulfill. That’s going to be fun. That’s sarcasm,” Brush said. “But I’m also happy to be able to be giving those, eventually, to the Kickstarter community.”

Neversong, by the way, is a sidescrolling platform-adventure about a young boy named Peet who awakens from a coma to find that his girlfriend is nowhere to be found. His quest to find her leads him deep into Blackfork Asylum, where he’ll discover dark secrets, the strange truth about his past, and “what’s lurking beyond the doorbell.” It’s available on Steam for 15 percent off the regular $15/£11/€15 until May 27, and you can get a closer look at neversonggame.com.