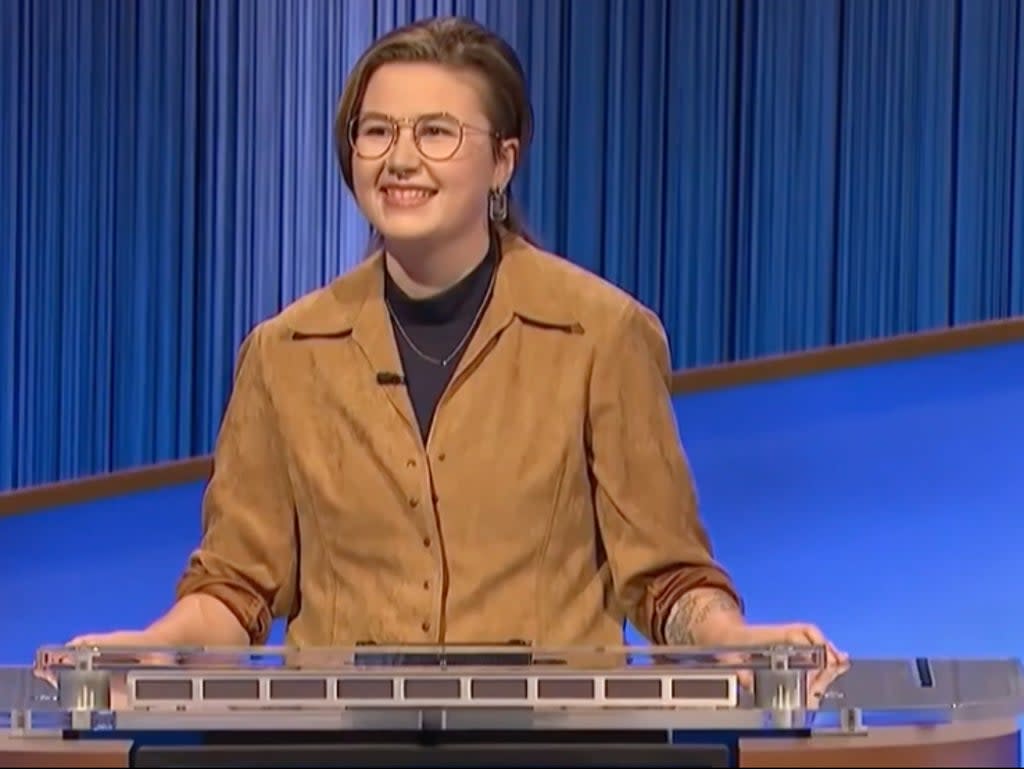 NBC News is facing criticism after the outlet tweeted about a Jeopardy! contestant, but described her as “the 23-year-old lesbian tutor from Toronto” instead of by her name.

As of Friday, Mattea Roach has amassed total earnings of $320,081 on the game show, after winning 14 consecutive games. In addition to qualifying her for Jeopardy!’s yearly Tournament of Champions, the amount also makes Roach the highest-winning Canadian contestant in Jeopardy! history.

On Monday, NBC News highlighted the 23-year-old game show competitor’s winning streak with a tweet, in which the outlet wrote: “The 23-year-old lesbian tutor from Toronto has amassed a total of $320,081, the most by a Canadian contestant in Jeopardy! history” and linked to a piece with the headline: “Mattea Roach becomes latest LGBTQJeopardy! phenom.”

In the accompanying article, the outlet listed the Jeopardy! contestants accomplishments before noting that Roach identifies as a lesbian, “according to her Twitter account”. Roach’s Twitter bio reads: “Lesbian, Nova Scotian, 16 Jeopardy! champ.”

On social media, the tweet has sparked backlash among Jeopardy! fans, with many questioning why the outlet chose to describe the game-show competitor by her sexuality rather than her name while praising her accomplishments.

“Try this: Congratulations to Mattea Roach, Canadian tutor, for her amassed sum of $320,081, the most won by a Canadian contestant in Jeopardy! history,” one person suggested.

Another said: “And somehow, in all the coverage of Mattea here in Canada, not once has her sexuality been mentioned…because it doesn’t have anything to do with her success on Jeopardy!”

“Since when is it required to include a person’s sexuality in their description?” someone else asked.

Another person questioned what Roach’s “sexual orientation has to do with anything?” “Why is that important to the story? Anyone?” they added.

“What a bizarre thing to include. No one cares if she’s a lesbian. Shame on@NBCNews #jeopardy,” one critic wrote.

The tweet also prompted someone else to sarcastically state: “I now expect every Jeopardy! contestant to be identified by their sexual identity. It’s clearly what matters, right?”