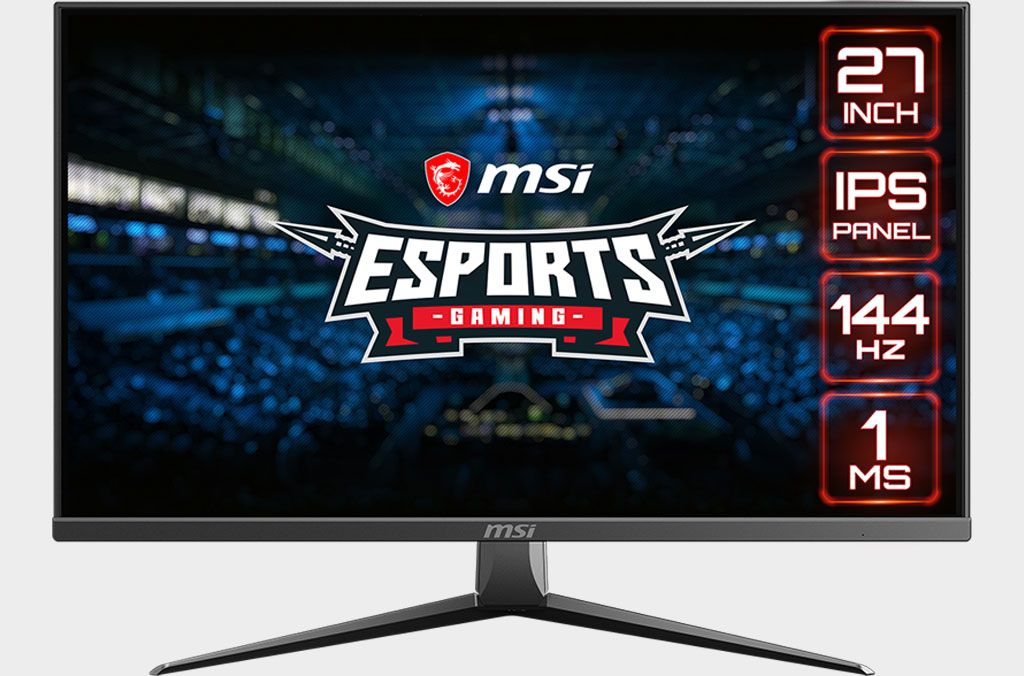 Gone are the days when the only monitors with ultra-fast response times were the ones using twisted nematic (TN) screens. Nowadays, monitor makers have been adopting increasingly fast and responsive in-plane switching (IPS) panels, as is the case with MSI’s new Optix MAG273 an MAG273R displays.

The MAG273 and MAG273R are nearly identical—the only difference between the two is that you can adjust the height on the MAG273R (0-130mm), whereas you can’t on the MAG273.

Otherwise, here’s what you’re looking at on both models:

Wider color gamuts are a staple of both IPS and vertical alignment (VA) screens, compared to TN panels. Same goes for more flexible viewing angles, which means there is a much wider sweet spot for viewing (TN panels tend to look crummy when not sitting dead center in front of the screen). In this case, the claimed color gamuts are in line with premium monitors.

I haven’t viewed these in person, but would suggest not reading too much into the HDR-ready designation. This simply means these monitors can accept HDR10 signals. How they look will depend in part on how bright these LED-backlit displays can get, and MSI is not providing that info. In addition, there is no evidence to suggest either one is DisplayHDR certified (the minimum requirement for eligibility is being able to hit a 400 nits brightness level).

Otherwise, though, the specs look good on these models. The combination of speed and presumed image quality is the selling point. MSI is pushing the esports angle, though anyone looking for a fast display should look into these when they’re available.

As it pertains to that, MSI has not yet announced a release date or pricing information (as a point of reference, the Asus VG279Q offers similar specs and features for $299.99 on Newegg). In the meantime, check out our roundup of the best gaming monitors if you’re need of a new panel.