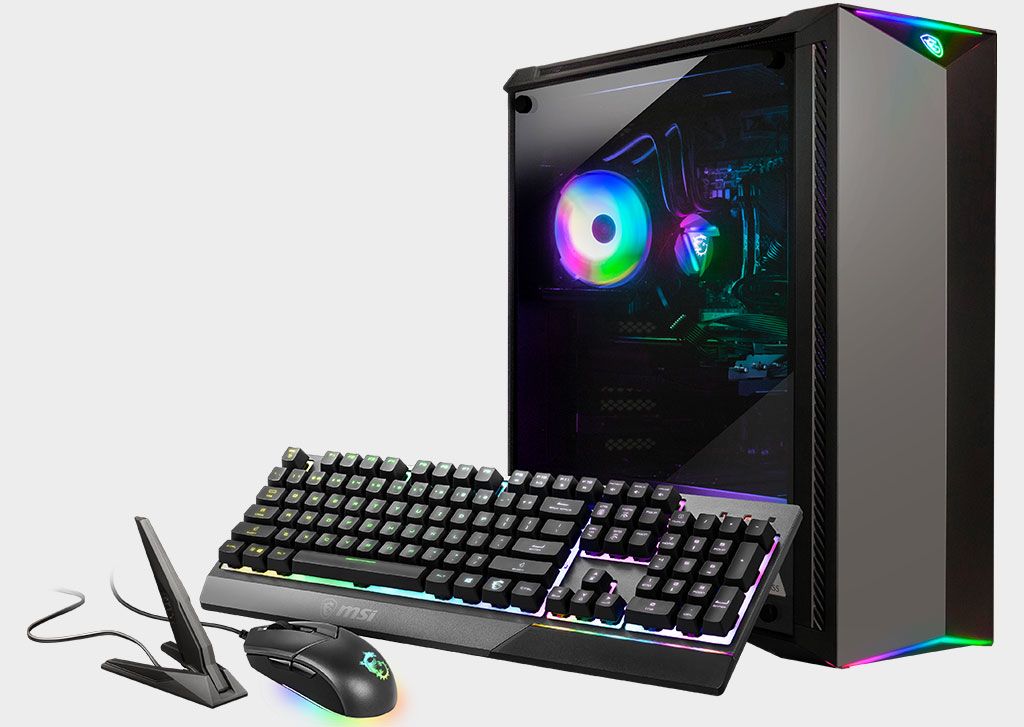 MSI is getting ready to offer a new line of reasonably priced gaming desktops that are assembled in America, with parts sourced from other parts of the world. The cheapest of the bunch (Aegis SE) will run to $799 and include an Intel Core i5 10400F processor, a GeForce GTX 1660 Super graphics card, 8GB of DDR4-3000 RAM, and a 240GB SSD + 1TB HDD.

Factoring in the retail of Windows 10, the price is about the same as building a similar system on your own, though I wouldn’t necessarily recommended going with 8GB of RAM or a 240GB SSD.

The new setups are part of MSI’s MIA Gaming Desktop line, with “MIA” standing for “Made in America.”

It’s not entirely clear what prompted MSI to go in this direction—the company told our friends at Tom’s Hardware that it was to facilitate the shipment of products into North America, but did not offer any details on what kind of financial incentives might be associated with the decision. It might be a way to avoid tariffs, though some of the actual parts will still be imported.

At the top end, the Aegis RX pairs up to a Core i9 10900K processor—the best CPU for gaming from strictly a performance standpoint—with an RTX 2080 Super. It also features up to 32GB of RAM, up to a 1TB SSD + 2TB HDD for storage chores, and up to a 750W 80 Plus Gold power supply.

All of the systems also come with a Vigor GK30 keyboard and Clutch GM11 mouse, which are collectively worth about $65.

Pricing overall looks good at a glance, though for the three higher end configurations, it will depend on what the stock setups include.