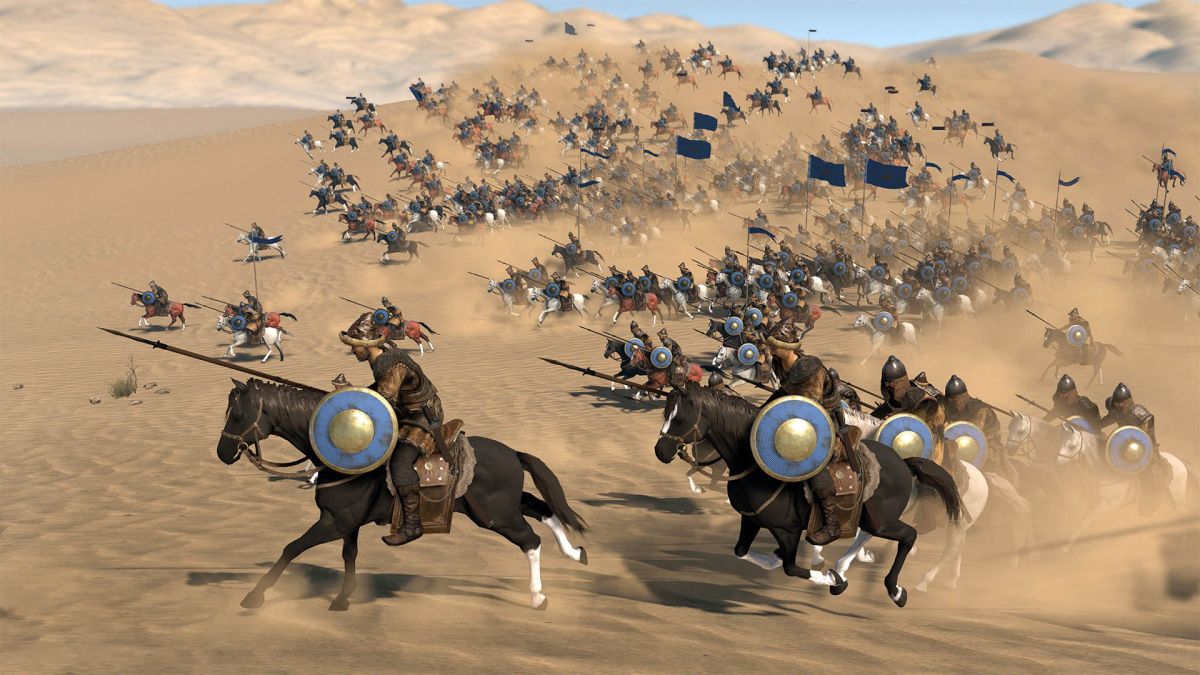 The inclusion of Mount & Blade 2: Bannerlord, so soon after its March 30, 2020 early-access release, could be of huge benefit to those of you still on the same ageing gaming PC setup from when the game was first announced back in 2012. It’s been a long wait.

But there’s finally a playable campaign to throw your self into. And it’s already looking like a lot of you are; the game’s launch has been the biggest across Steam so far in 2020.

All you’ve got to do to ensure you’re able to run the game through Nvidia’s servers is create a GeForce Now account—though sadly that’s currently limited to the free tier in most countries right now. Then you can purchase the game on your favoured game store, boot the GeForce Now app, and login. From there you only need to find the game and launch. Easy.

Nvidia’s GeForce Now streaming service reached capacity for its Founders tier in March. The $4.99 subscription had offered priority access to servers, extended sessions lengths, and RTX ray tracing capabilities in supported games. But you can still sign up to be notified once capacity returns.

For now, only time-limited the free tier remains. However, that does mean that you won’t have to spend anymore money to play Mount & Blade II after the initial game down payment. The one-hour session length of the free tier might get a little tedious, however.

The GeForce Now service allows users the ability to hook their own game licenses into its servers in order to play, as opposed to the storefront model employed by Google Stadia. It’s proven a popular choice among gamers looking to augment their local experience with a little cloud gaming backup as and when required, although has suffered some setbacks since launch as major publishers—2K Games, Bethesda, and Activision Blizzard—removed their games from the game streaming platform.