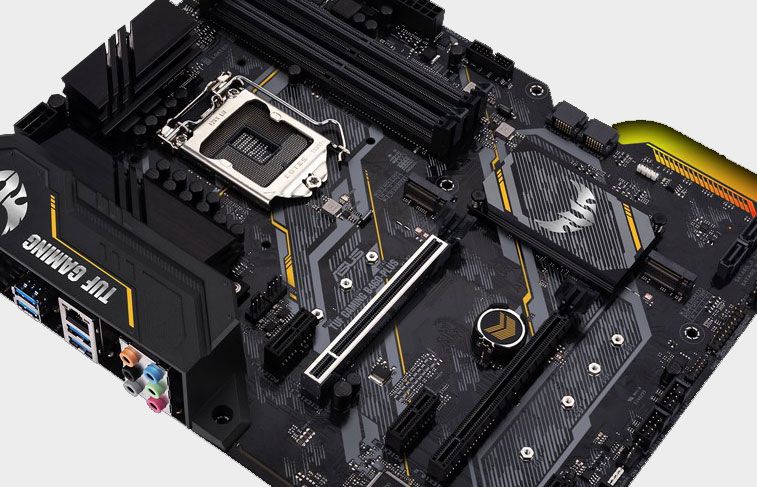 In a sense, overclocking a CPU offers a free performance boost, provided your cooling scheme and motherboard are up to the task. You also need a cooperative CPU. If building an Intel system, that means getting a K-series chip—like a Core i9 10900K instead of the regular 10900—otherwise you’re not going to get very far. Or at least that was the case before motherboard makers found a way to essentially fool a locked non-K processor into running at a higher clock speed than it otherwise would.

Before we get to that, let’s cover some basics. Intel processors with a “K” designation have an unlocked multiplier. This means you can hop in your motherboard’s BIOS and increase the CPU’s clock multiplier, which in turn bumps up the frequency. For example, the 9700K has a 100MHz base clock (or BCLK) and a x36 multiplier, hence it runs at 3.6GHz (100 x 36 = 3,600MHz, or 3.6GHz).

You can’t touch the multiplier on non-K CPUs—Intel locks it in place. However, Asus is taking a page from ASRock with a new feature that alters a CPU’s “power level 1” (PL1) setting so that it thinks it should be running at a higher clock speed.

The is outlined by Benchlife.info (via TechPowerUp) in its review of an Asus TUF Gaming B460 Plus motherboard. The feature is called Asus Performance Enhancement (APE). It’s available on several 400-series motherboards, and what it basically does is configured a 65W CPU to run like a 125W CPU (there’s one motherboard model that goes even further, to 210W).

This relates to a processor’s thermal design point (TDP) rating. It’s a value in watts that a CPU is configured to run at under load for extended periods. By changing the value from 65W to 125W (or 210W), the processor is essentially tricked into sporting a higher clock speed, because it thinks it’s a 125W CPU.

ASRock got the party started a couple of weeks ago with its Base Frequency Boost feature, which does the same thing, and now Asus is hopping on board. It looks like Gigabyte is getting in on the action to. Over at CoolPC, a user posted some screenshots of a similar feature on an Aorus B460 series motherboard.

The user tested the feature on a Core i7 10700 Comet Lake-S processor, and then ran some tests and marked the results. At stock settings, the 10700 runs at 3.8GHz, and scored 3,637 points in Cinebench R20. After adjusting the power limit in the BIOS, the CPU zoomed along at 4.5GHz initially, then “slowly dropped to 4.33GHz,” and scored 4,679 points.

It’s a notable jump in speed and performance, just be sure you have a good cooler if you’re planning to go down this road.