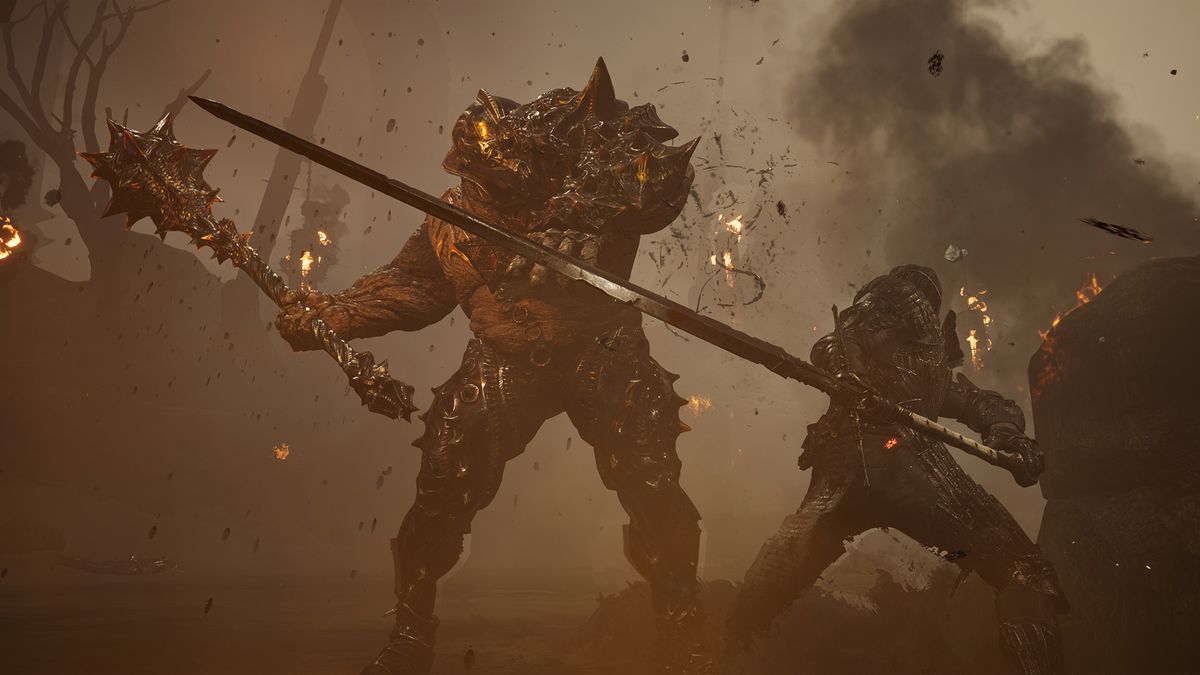 Mortal Shell is yet another game made in the long shadow of Dark Souls. It’s an action-RPG with deep progression systems set in a dark fantasy world with a “deliberate” and unforgiving combat system. (If it sounds a little too familiar, stick with me.)

We’ll need to actually get some hands on it to see whether it stands out in an increasingly crowded genre, but first impressions? It’s the prettiest Soulslike I’ve ever seen. Seriously, it’s gorgeous. Check out the trailer above to see what I mean.

Admittedly, I’m a sucker for gravelly narrator and a “fractured” world. It’s got Dark Souls written all over it, yeah, but even when I look beyond the shiny exterior, I dig where Mortal Shell is taking things. In a cute Dark Souls reversal, you play a spirit rather than a husk gradually losing its own—and you’re capable of possessing dead warriors. According to the press release, you awaken as an empty vessel, follow the bidding of some guy called the Dark Father, and head out in search of his devout followers, harvesting “sacred glands” all the while.

I don’t expect to ever understand it, but that’s OK. Mortal Shell seems to be a mood piece above all, and the mood is a very large and tired frowny face.

Combat isn’t the usual board-and-sword circle-strafing dance either. It appears like some kind of combo system is in place, most apparent when the ghost possessing the dead warrior leaps out of its host body to get some hits in. I’m curious to see how far that system goes. Can you actually die, or is the punishment for ‘death’ simply losing a leveled up host body? How freely can you switch between corpses? I’m betting we won’t see a simple bonfire respawn stand-in here.

At a glance, the environment design looks great, what with its abyssal lakes and obsidian castles. But what really makes a great Soulslike rests on the actual geometry. Will I get lost in Mortal Shell? Will I find surprising shortcuts and hidden areas and tricky navigation challenges?

There’s not too much I can gather from these snippets of combat, but most of the locales look like flat, fighting arenas built to showcase the combat. A few exceptions: some quick glimpses of a dense, uneven forest and some poorly lit dungeons. Near the back half of the trailer, there’s also a short look at an icy location, with some winding walkways and bridges jutting out of a mountainside—a relief, hinting at some precarious, slow exploration. I’m not interested in a boss rush game masquerading as an action-RPG.

Mortal Shell is due later this year, but an upcoming beta (no date yet) promises an earlier look. Join the Discord or sign up for the newsletter on the official website if that sounds up your alley. It’s definitely up mine. Anything to keep me going while I wait for Elden Ring to pick up the phone.