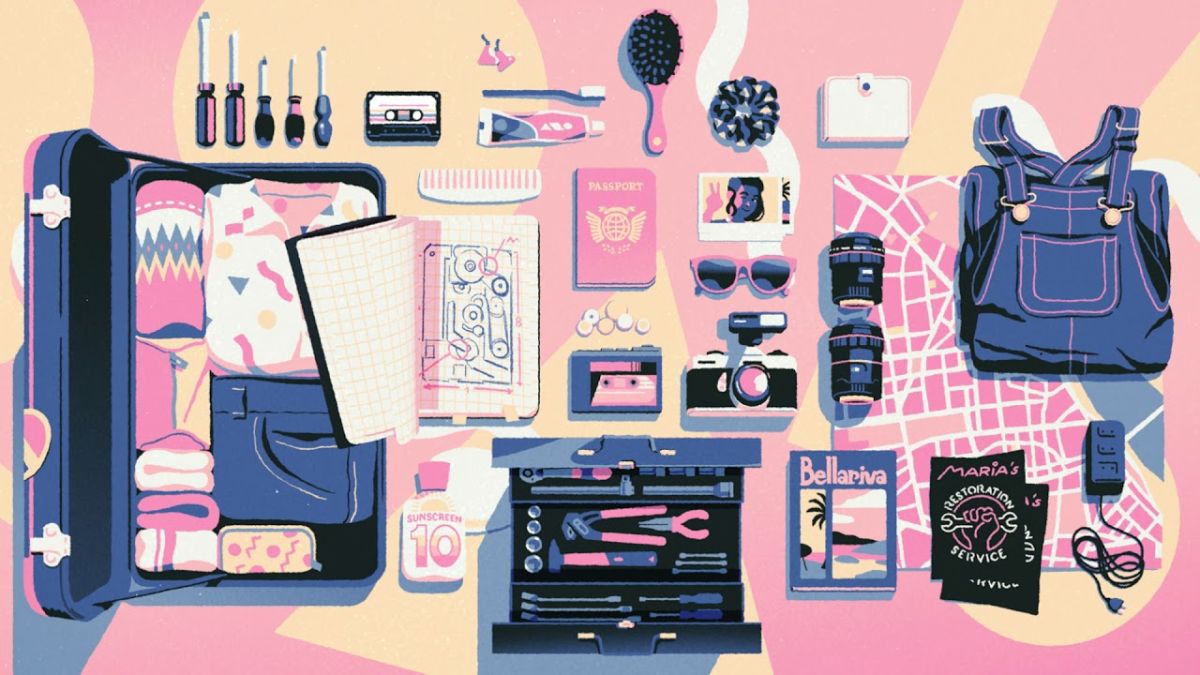 Assemble With Care, the latest game from ustwo Games, the team behind the striking puzzler Monument Valley, is a little gem—a quiet little oasis of calm. It’s not another puzzle, not really, instead it’s exactly what it says on the box—a game about assembling things.

You play as Maria, a restorer who’s made her way to the town of Bellariva. It’s unclear what led Maria to seek out a break in a new place, but the story of Assemble With Care isn’t about her, anyway. The town itself and its inhabitants play a leading role, as they come to life via Maria’s descriptions and of course the various items. Each day, Maria will get an item to repair. None of them seem particularly special—a walkman, a projector, a watch—but each is both a much-needed commodity and an item of sentimental value. While you work, and after you’ve delivered whatever you’ve been given, your customers will talk about how it broke, what it means to them and what memories they connect with it.

No repair takes long, and most of them are fairly intuitive. With a few clicks, you open casings by removing screws, take out broken cogs and replace springs. It’s a short, almost meditative experience.

Now, Assemble With Care receives a few additional stories in the form of free updates. The first focuses on Carmen, a café owner who plays an important role throughout the game’s main story. As an extra on the technical side of things, Assemble With Care now has Russian voice-over. Other languages will be included with future updates. Each of the new stories focuses on a different inhabitant on Bellariva, as they look back on Maria’s visit and do some assembling of their own.

Assemble With Care is available via Steam, and purchases come with the game’s soundtrack.