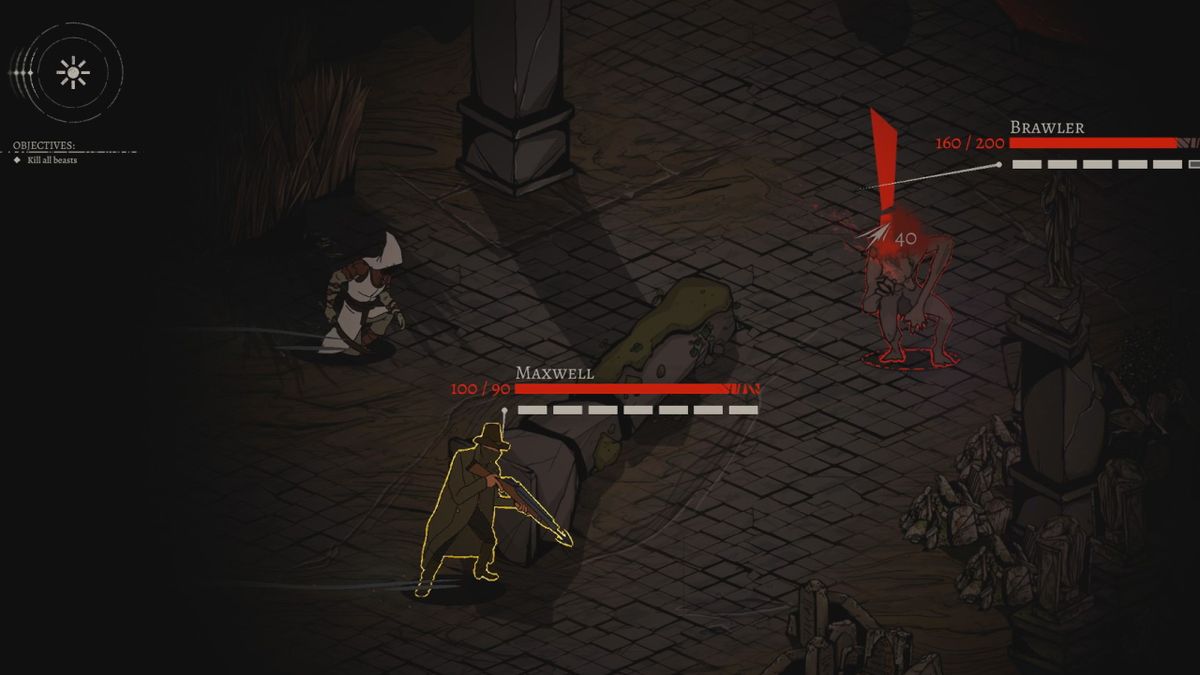 What if mankind killed God? What if Bloodborne were a sneaky strategy game? Alder’s Blood is the answer to both of these questions, as well as being a game that just popped up on Steam and GOG.

We’ve mentioned the stylish, dark, tactical monster-battling game before now, most recently with news of its free prologue, which offers a short, standalone taste of what to expect from the main event. So if you’re intrigued, go play that, but depart with the knowledge that Alder’s Blood has a 25% discount until April the 17th.

Wait, did I just say God was dead? Yep, and a load of monsters have started pouring out of his carcass. You play as the chief of a hunter clan charged with taking these creatures down—y’know, by sending teams out on suicide missions, fashioning upgrades, and managing resources, that sort of thing. You’ve already sent dozens to their deaths in XCOM and Darkest Dungeon, so if you can stomach sending some more, this might be worth a look. Where Alder’s Blood seems to differ is with its focus on hunting and stealth.

“On a Hunt,” the store description explains, “there is no place for blind bravery or brute force—those will only lead to your end. Instead, the key tactics are stealth, paying attention from where the wind blows, traps, ambushes and swift, accurate strikes.”