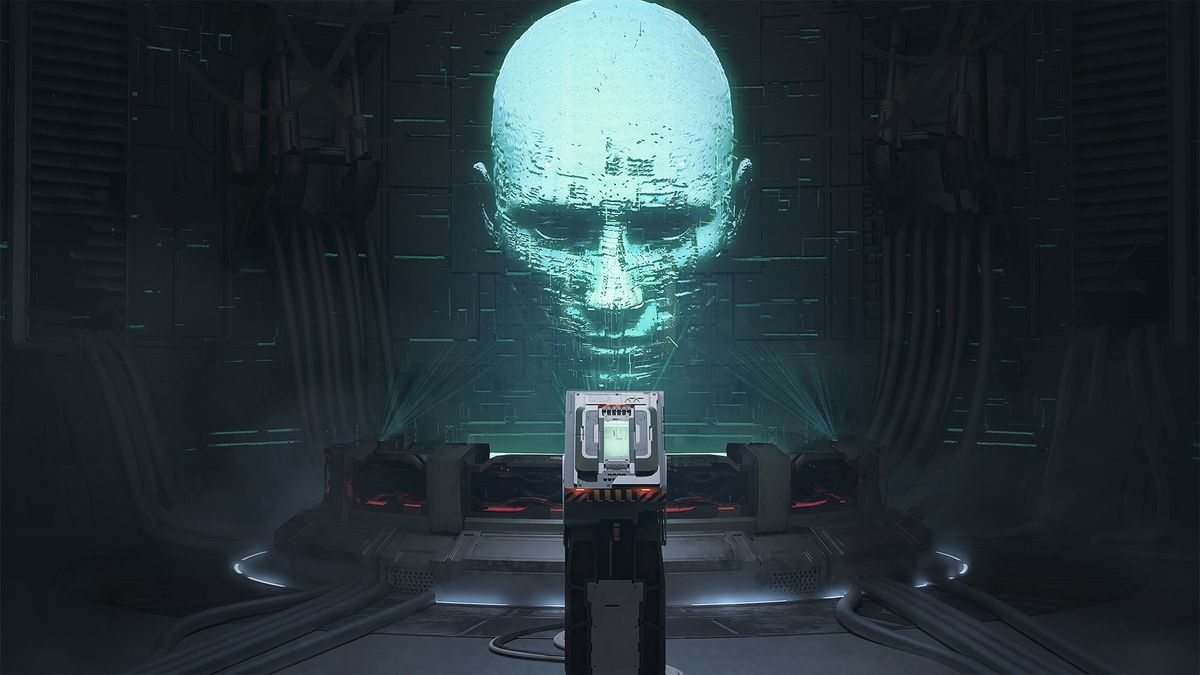 Ghostrunner was revealed last year as a kind of Mirror’s Edge-meets-Dishonored in a gritty cyberpunk world: A first-person action game in which you become a super-powered cyborg with an electro-grapple and a laser sword who murders guys for… some reason. Not that reasons matter too much, really—the gameplay teaser made it look very fast and stylish, with plenty of wall-running, slow-motion dodging, and dash-and-slash decapitations.

The game takes place in a typical ugly cyber-future in which humanity huddles in a great tower-city, the last shelter from some devastating global cataclysm. The tower was built by the Architect, who died long ago under mysterious circumstances, and is now ruled by the Keymaster, who’s a real dick, and your place in society is determined solely by the type of implants you were given in childhood. Bad implants, bad life, and there’s nothing you can do about it.

All of that is window dressing, but it also serves to justify your blade-swinging ways—a rebellion has started and, no surprise here, it sounds like you might be involved somehow—and the demo hints at a bigger story going on, with behind-the-scenes powers struggling to assert themselves over a dying civilization. That part of it is impossible to ascertain at this point, and it may not matter anyway. Flying Wild Hog’s similarly stylish cyber-FPS Hard Reset featured one of the most utterly incomprehensible excuses for a plot I’ve ever encountered in a videogame, and I loved it anyway. Sometimes, you just want to mess people up real good.

Today the Ghost Runner developers—One More Level, 3D Realms, and Slipgate Ironworks, all apparently sharing the duties—released a time-limited demo on Steam, and it is very much as it appeared in the trailer, which is to say grim, fast, and bloody. The demo is brief but nicely polished, and does a nice job of introducing the movement and combat systems. I found it incredibly frustrating in spots, because it’s so completely committed to the concept of “move or die,” but my temper cooled as I got better at chaining movements fluidly and dashing side-to-side instead of straight ahead (typically head-on into a bullet) and I was eventually able to hack-and-slash my way to the end without smashing my keyboard to pieces.

For some reason, the Ghostrunner demo is only available for a week, from today until May 13, so don’t dawdle if you want to try it. The full game is expected to be out later this year, and there’s a website with more up at ghostrunnergame.com.