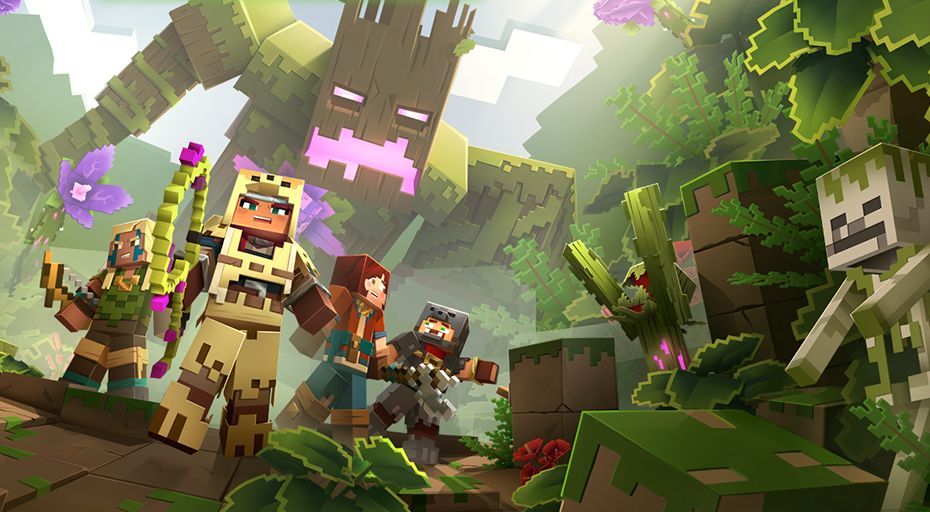 The first DLC pack for Minecraft Dungeons has just dropped, and as the name Jungle Awakens implies, it’s a lush green adventure set in a jungle. As you’d expect there are baddies in the jungle, and you will need to slay the baddies in order to complete various tasks and obtain loot. It’s centred around the Orb of Dominance, which was destroyed in the vanilla game, but still holds some power over the jungle for some reason.

Not that the story really matters. There are three missions, and by playing those missions you can get new weapons, armor and artifacts. The baddies include such monstrosities as the leapleaf (a leaf that can leap) and the jungle zombie (a zombie that’s in the jungle). The trailer embedded above will give you some sense of how proceedings will play out.

If you don’t want to fork out for the DLC, there are some free additions to the base game, too. These include a free Lower Temple map, new weapons in the form of the Battlestaff and Dual Crossbows, and a new threat level that can buff the chance of high-power gear drops.

Is it all worth it? If you’re after a stress-free take on the Diablo-esque ARPG, Rachel recommended it. “Minecraft Dungeons is a breezy dungeon crawler that reproduces Minecraft’s playful attitude,” so says our review.