Minecraft Dungeons is delayed until May 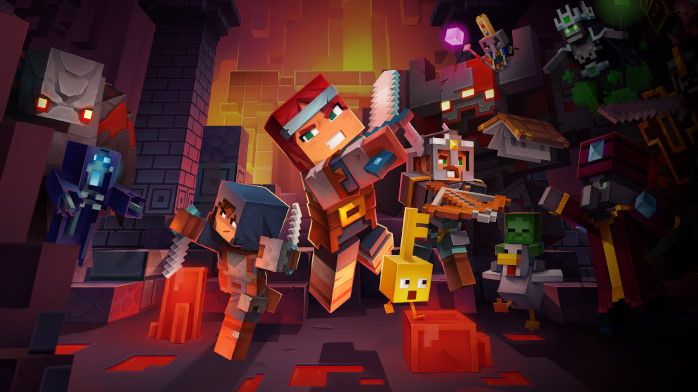 Minecraft Dungeons is an isometric dungeon crawler that forgoes Minecraft’s famous crafting and building in favor of runs through randomly-generated dungeons filled with monsters, traps, puzzles, and other such subterranean fun. It looks quite promising—Chris said in his new preview that it “will be a fun and frantic dungeon crawler—if the loot holds up.”

Gather your friends and gear up for adventure: Minecraft Dungeons is coming out May 26th on Nintendo Switch, PlayStation 4, Windows, Xbox One and Xbox Game Pass! Pre-order your copy now:↣ https://t.co/A2UnaxJtzy ↢ pic.twitter.com/q9VTPXs2PsMarch 31, 2020

The studio didn’t provide any specific reasons for the delay, but it had warned of a possible pushback due to the coronavirus outbreak earlier in March.

“As we’re working from home to do our part in protecting our community, our workflows will unfortunately be impacted,” it tweeted. “We’re working hard to deliver Minecraft Dungeons in April, but we’re also re-evaluating our timeline to make sure we bring you the best game possible.”

One of Minecraft Dungeons biggest potential strengths, apart from the whole “being Minecraft” thing, is that it’s a very streamlined hack-and-slasher. There are no classes or skills, and so abilities and powers are granted by gear and artifacts acquired through gameplay. Similarly, combat isn’t overly complex but still satisfying—”speedy, messy, and colorful,” in Chris’ words—with melee and ranged attacks bound to left and right mouse buttons. Power-granting artifacts are attached to number keys, and your health potion is bottomless.

That simplicity may limit its appeal to hardcore veterans of games like Grim Dawn or Diablo, although I suspect that’s not the audience Minecraft Dungeons is aiming for anyway. The biogger potential area of concern is the loot that characters are dependent upon, which is a bit lacking in both volume and variety. The preview is based on a beta build, however, so hopefully that will change for the full release on May 26.