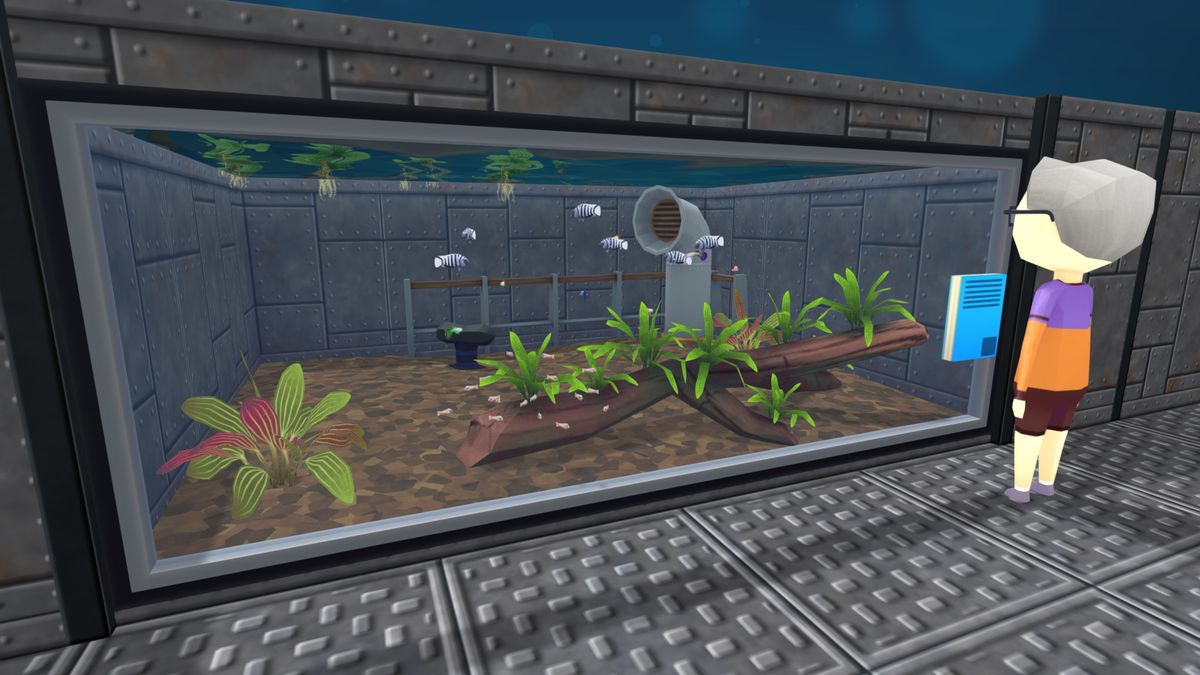 Aquarium management sim Megaquarium has a lovely new expansion focusing on freshwater critters. To my delight, this includes crocodiles. I like them because they are dinosaurs. However you are not here to hear about how much I like these majestic, living examples of Earth’s past. (It’s a lot.)

Freshwater Frenzy is Megaquarium’s first expansion, billed as “Deluxe,” which it definitely is compared to the meagre creatures called DLC that we get these days rather than full-on gameplay-overhauling expansion packs. Call me old fashioned if you like, but I prefer something like the product here.

Freshwater Frenzy includes some 30 new species in freshwater habitats, each with their own new aquascaping requirements to be happy, productive fish. Speaking of productive, you can also now breed your fish to create and raise new offspring, as well as hybridize some species to create new color and pattern combinations. As mentioned, there are also reptiles. There’s a 5-mission campaign to go along with all the new stuff. Early user reviews of the expansion are 95% positive on Steam.

We quite liked Megaquarium on release, with our Philippa Warr calling it “a game of wonderful tinkering.” It’s a game you can sink yourself into, she said: “Hours drifted by as I expanded my floorplan, placed new tanks, fiddled with pumps and filters, tweaked temperatures, and generally tried to keep both fish and visitors happy.” We gave it an 86, and it was one of our games of the year in 2018.

That’s quite good, so perhaps now is the time to take it for a spin, if you’ve not? The base game is on sale until June 18th. You’ve also got a few years of mods to add in.

You can find Megaquarium and its expansion Megaquarium: Freshwater Frenzy on Steam. Anyways, do you have a moment to discuss crocodiles? No? Perhaps alligators instead?