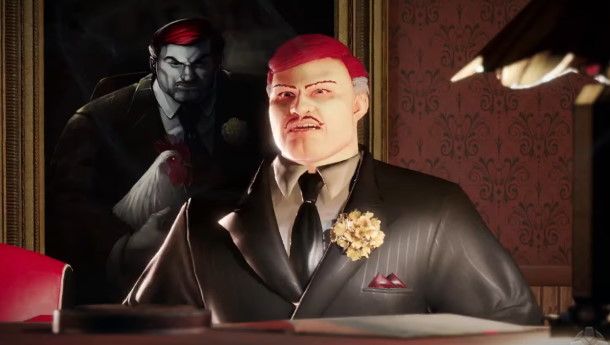 A new Wasteland 3 trailer revealed during IGN’s Summer of Gaming livestream today delivered a closer look at some of the game’s biggest competing factions—and teased a whole bunch more of them lurking behind the scenes.

Some of these groups, we’ve already met. The Marshals, serving under the Patriarch of Colorado, are ostensibly a force for law and order but typically serve self-interest above all else, while the Gippers are beholden to an image of the God-President Ronald Reagan, who in this post-apocalyptic waste looks like an extra-creepy Max Headroom. The 100 Families are the wealthy, privileged, and have schemes of their own going on—they’re subordinate to the authority of the Patriarch, but not happy about it.

Other groups named in the trailer include the Payasos, the Godfishers, the Scar Collectors, and the Dorseys, who I ran into in my March hands-on: They’re not a friendly bunch, but I get the feeling that they’ve got more going on than meets the eye. Navigating the relationships that bind these various groups promises to be a central part of Wasteland 3, and based on my experience with the preview release it’ll be a lot easier to alienate them en masse than to keep everyone happy.

Wasteland 3 is scheduled to come out on August 28.