Meet the Mancer faction in a new trailer for The Falconeer 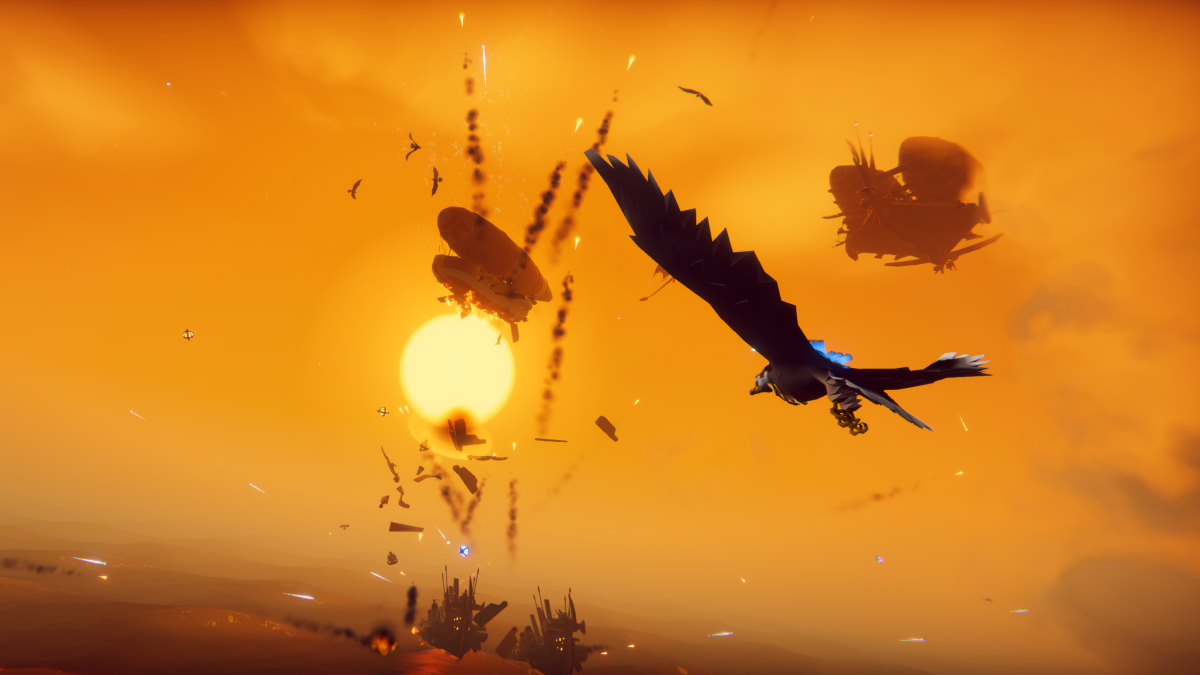 The Falconeer is the dream for PC gamers that grew up playing aerial combat games like Red Baron or TIE Fighter and RPGs like Skyrim that play around with politics, culture, and history on a big fantasy stage. It’s the best of both worlds.

You pilot huge falcons in a post-apocalyptic ocean world called Ursee, getting into messy dogfights with the likes of dragons and flying eels. It’s seriously rad—check out the gameplay demo and interview with sole developer Tomas Sala below for a better idea of what to expect.

But there are also folks like you out there, piloting falcons, albeit with vastly different motivations. The Falconeer’s campaign takes you on a tour through them all, and this brand new trailer, which hit my inbox with a wiki’s worth of lore, shows off The Mancer, a specialist faction that watches over ancient knowledge and technology.

Check out some screenshots and concept art of their birds and fleet below. I’m getting some real spooky, industrial gothic vibes. Especially loving the bulbous crab ship. Excellent.

The Northern Imperium might be the largest power bloc in all of Ursee, but this imposing empire derives the bulk of its power from the military might The Mancer Order. The perks of sitting on undersea vaults of ancient knowledge, right? Expect their falcons to have some fancy gear. This isn’t a scrappy lot. They use this might to enforce compliance with its chosen permits and rules, and every time they’ve been defeated in battle (not often), the entire technological landscape of Ursee shifted.

They’re also big scavengers. See, with so much advanced tech, retrieving lost tech from ancient civilizations swallowed by the ocean isn’t so daunting a task. Still daunting, but plausible and ever more important if The Mancer want to hang onto their Ursee choke hold. Sounds like the kind of faction I either want to be or utterly destroy.

We also get a look at some of the key Mancer locations we’ll be flying to in The Falconeer.

One of the Mancer Order’s great vaults, a repository of lost knowledge and technology. Their self-imposed control of all mechanisms and knowledge affords them great power. Houses of the Imperium, great and small come with requests for the Order’s assistance. Basilica offers a home to Seekers, those fortunate freelancers who are permitted to acquire ancient treasure in the name of the Order.

The Reach symbolizes the Mancer Order’s power and authority to investigate and prosecute any noble house or vassal of the Imperium. From here the Order’s great fleets are equipped and sent on expeditions across the Ursee. The statue of Oberon is the largest known to exist on the Ursee, and just like in the myth of Oberon it symbolizes the Mancer Order’s eternal quest to liberate themselves from this world.

Stargazer, an ancient place even to the Mancer. A relic from a time when they studied the stars for signs to guide them amongst the heavens. Abandoned now, it retains a rich heritage for learning and serves as the foremost academy for acolytes being inducted into the Order

I’m jazzed seeing how much character and history is going into an aerial combat game. It’s genre I haven’t really touched in a while (sorry, Ace Combat fans), but an RPG framework and some strong world-building could be just what I need to make a grand return. The Falconeer is doesn’t have a specific release date, but it’s still slated for sometime this year. I’ll get the old Logitech flight stick dusted off just in case.