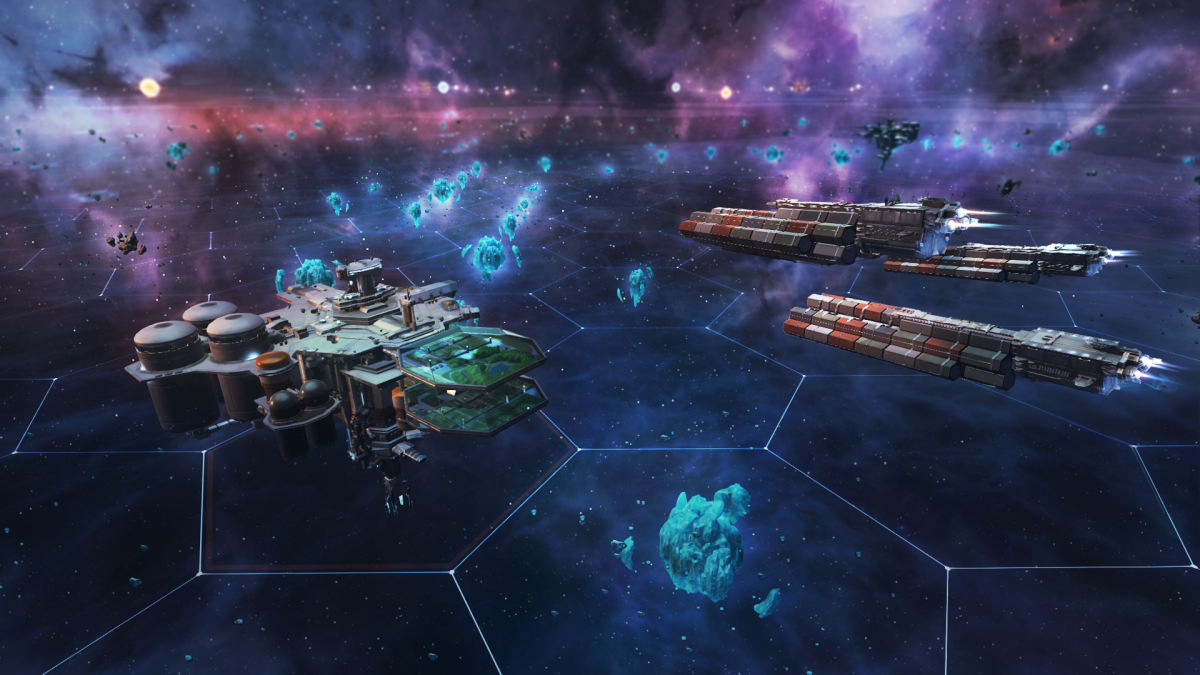 Sci-fi MMORTS Starborne has finally entered open beta. Iceland-based developer Solid Clouds, which includes several of EVE’s original developers, has been working on the game since 2014, and has run nine open alphas over the last five years. Now you can play it for free.

Starborne is a grand-scale strategy game in which thousands of players scheme and haggle and fight for control of the galaxy. Actions take place in real-time, meaning that games can last for months. T.J describes it best in his Starborne preview as, “an eight-week-long game of Civilization but set in space on a map with over 5,000 other players.”

With the release of the beta, Solid Clouds have created a brand new map for the occasion, and the devs boast that it has 825,356 hexes, which seems like a lot of space. The new map also has additional safer starting zones and areas with higher resource yields encouraging new players to get into the galactic empire business.

Solid Clouds has also introduced three new victory conditions—military conquest, industrial superiority and, more simply, just controlling the most amount of space. The devs hope that these new ways to win will encourage players to focus more on alliances, deals behind closed doors, and intergalactic espionage.

Check out the Starbrone official website if you’d like to enter the beta, and see below for a handful of sleek, spacey screenshots.