Marvel’s Avengers features one of the comics’ weirdest villains 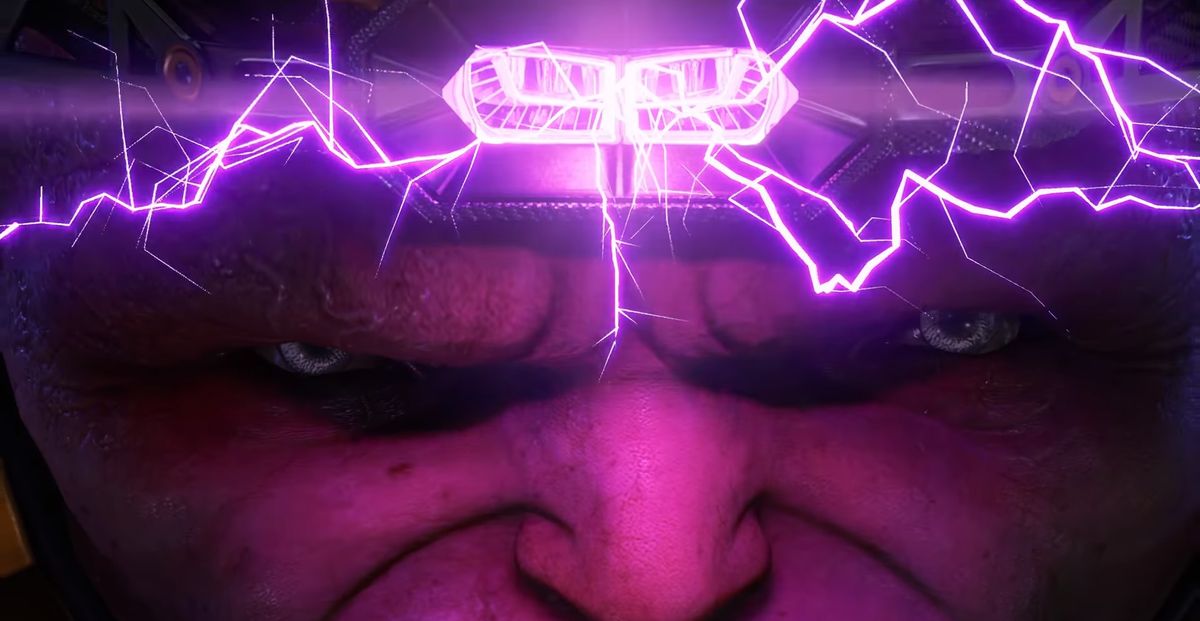 Crystal Dynamics dumped a hefty pile of Marvel’s Avengers details on us last night, giving us a new trailer, footage of story missions, co-op shenanigans and more. We also found out more about AIM, the shifty group that’s taken over since the Avengers were cancelled, and their strange leader. The stream went on for over an hour, but you can see the most important bits in the 25 minute video above.

If you’ve read a bunch of Avengers, you’ll already be pretty familiar with AIM and its mad scientists, and you might have already figured out who’s giving them their orders.

MODOK (Mental Organism Designed Only for Killing) is one of Marvel’s most enduring science villains, appearing in comics since the ’60s. He’s basically a giant head that flits around in a floating chair. He’s a bit of a smarty pants, got a preternatural skill for calculating probabilities and he can control minds. He looks like he’d be played just for laughs, but he’s a major threat. The best of both worlds.

Check out his reveal below.

After showing off the new trailer and a quick cutscene, we get to see Thor in action. Thor was the Avenger I enjoyed playing the most during the Gamescom demo last year because he felt so much like Kratos in the latest God of War, and it’s a lot of fun to watch him running around and dismantling machines with Mjolnir.

Thor’s got a fair amount of tricks up his sleeve, and he’ll have more once he’s all levelled up. As well as battering things with his hammer up close, he can fly around, summon lightning and chain ranged hammer attacks by manually targeting enemies. Every character also has a trio of signature moves drawn from the comics, Heroics, split into three categories: assault, support and ultimate. So even someone ostensibly offensive like Thor can help his pals with his support move, which makes them temporarily invulnerable.

We also get a closer look at customisation, both cosmetic and practical. Along with new moves, heroes get gear, which comes with perks that modify abilities, and costumes. Some gear changes the type of damage, so you can switch from plasma attacks to gamma attacks, while other perks give your attacks weird effects, like shrinking enemies. Costumes, meanwhile, are purely cosmetic, but boy do they look good. Your helicarrier can be upgraded and customised, too.

To take down AIM, the Avengers are going to have to put together a ragtag resistance made up of former SHIELD agents, Inhumans and other heroes. You can work for the different resistance factions, completing challenges to get your hands on special gear and items. Just what we need—rep grind!

These other heroes taking on AIM will also give you Warzone missions, which can be played with three other people or AI buds. Like the solo missions, you’re following the story and making progress in your fight against MODOK, and the missions range from big, open levels with lots of exploration to interiors packed with enemies. When you’re teaming up with other heroes, you can pull off fancy team finishers, taking out tough enemies together.

Crystal Dynamics packed a lot of stuff into 25 minutes, and it’s a much, much stronger presentation than the original E3 announcement. It’s still hard to really get a grip on it because of how much stuff the team’s crammed into it, but the combat looks great and I’m totally down for spending hours hunting down gear and costumes to make my perfect Avengers team.

Marvel’s avengers is due out on September 4.