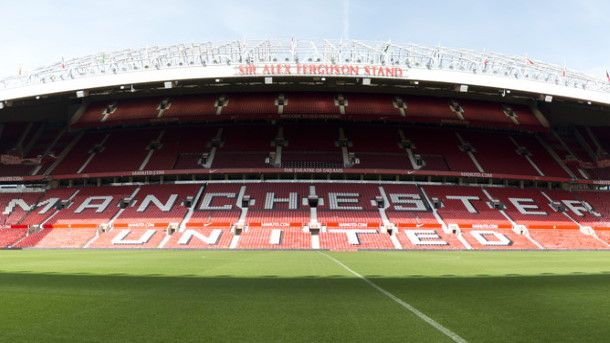 Football Manager is, in North America at least, a relatively niche management simulation of the sport that likes to call itselfThe Beautiful Game. In much of the rest of the world it is one the most beloved consistently high scoring series on PC: Aside from a blip in 2015, you won’t find a sub-80 review score through a decade’s worth of games.

Seriously, check this out.

Alas, that remarkable run of reviews was not enough to protect the game from the wrath of Manchester United, the giant English Premier League team (and brand licensing behemoth) that has filed a lawsuit against Sega and Sports Interactive for infringing on its trademark. As reported by The Guardian, the issue is that the game references Manchester United, but does so without using its official crest, “replacing the club crest with a simplified red and white striped logo” instead.

Using the name without the proper logo, according to the club, “deprives the registered proprietor of its right to have the club crest licensed.” The team’s lawyer argued during a preliminary hearing that Manchester United “is one of the world’s most valuable and recognized brands,” and that clubs make “very significant” money by licensing their names and logos. But naming the team without using the logo unfairly skirts the requirement to pay for it.

“The products and services that are licensed by the claimant benefit from an association with the club’s winning culture and its brand values,” he said. “Consumers expect to see the club crest next to the name Manchester United … and this failure to do so amounts to wrongful use.”

He acknowledged that the claim is “somewhat novel,” but added that it is “certainly arguable.”

Interestingly, the lawyer also requested that Manchester United’s lawsuit be amended to include complaints about mods that enable players to add team logos to the game on their own: He said Sega and SI “encouraged” and “directly benefited” from mods because they effectively allow the use of official team logos without requiring that any licensing fees be paid.

In its defense, Sega and Sports Interactive said that the reference to the team is “legitimate” in the context of a game about soccer, and also pointed out that the Manchester United name has been used in the series, and in the preceding Championship Manager games (which go back to 1992), without any previous complaint. They described the lawsuit as an attempt to interfere with competition in videogames by preventing games that haven’t licensed team logos from making any reference to them at all.

From a more legalistic perspective, Football Manager also “clearly indicates that the use of the [logo of] Manchester United is not licensed by the claimant.”

I’m not sure how much it bolsters the defense, but it does seem accurate that the team hasn’t previously had a problem with the Football Manager games: As Kotaku reported last year, current Manchester United manager Ole Gunnar Solskjær is a long-time fan of the series.

It might just be a coincidence, but the BBC reported earlier this week that Manchester United has lost £28 million ($34 million) as a result of the COVID-19 pandemic so far, an amount which it expects to rise far higher. (Germany aside, top flight football remains on pause throughout Europe.) That’s a very small slice of the $3.8 billion valuation Forbes pegged it with in 2019—number three on the list, behind only Real Madrid and Barcelona—but sports teams don’t become massive, multi-billion-dollar international colossi by letting the bills slide.

I’ve reached out to Sega and Sports Interactive for comment, and will update if I receive a reply.