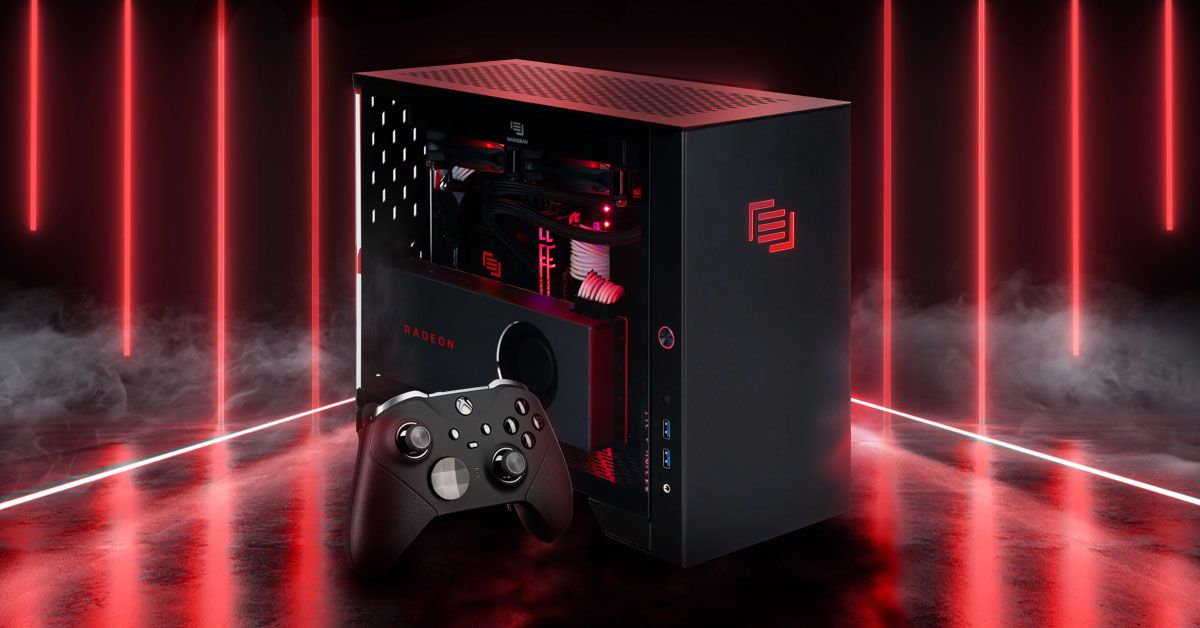 Maingear has released a new Turbo desktop line that shoehorns AMD’s newly minted Ryzen 3000 XT desktop CPUs into a compact chassis. How compact, you ask? According to Maingear, it’s the same size as a shoebox.

If you’re Shaq, perhaps. The chassis measures 7 (W) x 14.4 (D) x 12.3 (H) inches, which is far more real estate than what is needed for my size 10.5-inch kicks. Still, I won’t begrudge the comparison too much—it’s certainly a compact desktop, just more like two stacked shoeboxes.

There’s no Intel inside these machines, only AMD’s latest silicon. As the boutique builder is apt to do, the Turbo line is broken up into different and customizable “Stages” and price points. The cheapest configuration is a Stage 1 setup that starts at $1,699. It comes with the following:

Maingear is also offering the option to customize a system outside of the three Stages, starting at $1,499. Users can choose between a B550 or X570 (Asus ROG Strix X570-I Gaming WiFi) foundation, and equip the PC with up to 64GB of RAM and up to 2TB of NVMe SSD storage. Burlier hardline cooling solutions are also offered if going this route.

You can preorder one of these systems right now, if you’re inclined to do so. Maingear shows each config estimated to ship in 4-5 weeks. That means they would land on your doorstep roughly around when we expect AMD and Nvidia to announce their next round of graphics cards, AMD RDNA 2 and Nvidia Ampere.