Long-lost Maxis game SimRefinery is now available to everyone 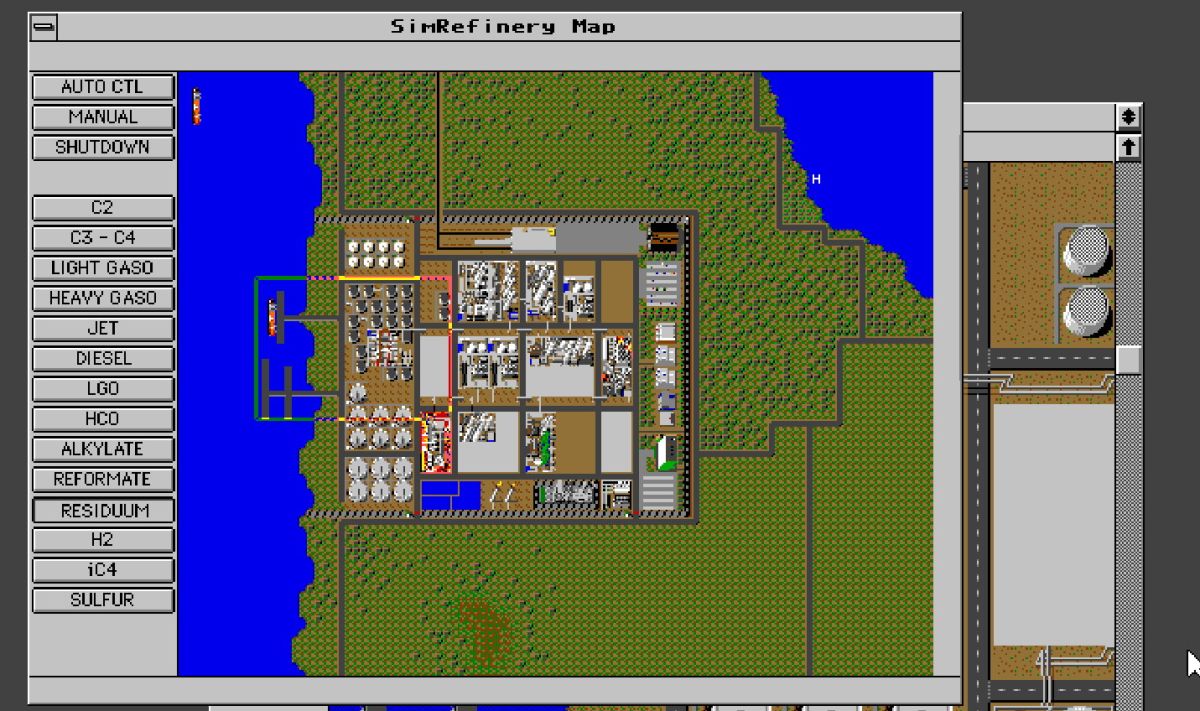 Way back in the days before The Sims asserted its absolute dominance over all the land, the success of SimCity inspired a ton of different, sometimes weird Sim-style games, including SimEarth, SimGolf, SimCopter, SimHealth, SimAnt, and SimRefinery. You may not have heard of that last one because, as Wikipedia says, it wasn’t released to the public—it was developed by a business-oriented branch of Maxis for internal use at energy corporation Chevron.

Interest in the game was renewed in May when Ars Technica reported on an in-depth history of SimRefinery at The Obscuritory, a site dedicated to “odd, lesser-known games and software.” The game itself seemed out of reach, though.

“Nobody held onto SimRefinery because it didn’t seem important. It was a one-off, somewhat unsuccessful training program for an oil refinery in California,” The Obscuritory wrote. “In the grand scheme of Maxis, it was one of their least important titles, which has only now become an object of interest in the video game community because of its unavailability.”

But it turns out that the game wasn’t entirely lost. One Ars reader was able to find and extract a working copy of the game, and uploaded it to the Internet Archive.

As Obscuritory said in an update, it’s not just the game itself that’s interesting, but also “the historical context around it.” SimRefinery was developed in 1993, just a few years after the original SimCity, and it reflects a persistent interest at Maxis (and more specifically, in co-founder Will Wright) in expanding videogames beyond conventional audiences and ideas.

SimRefinery on Archive.org is an “incomplete prototype,” so some buttons don’t work, and there’s no documentation, so you’ll have to puzzle it out on your own. It’s also not the most intuitive game I’ve ever played: Menu options include Alkylate, Reformate, Residdum, H2, iC4, and Sulfur, which probably makes sense if you’ve signed up for a crash course in the resource extraction industry but isn’t super-helpful if you’re trying to figure out how to unleash Godzilla.

It’s easy to get running, though: You can download and run it locally if you like, but it fires up just fine in a web browser, too. Check it out here.