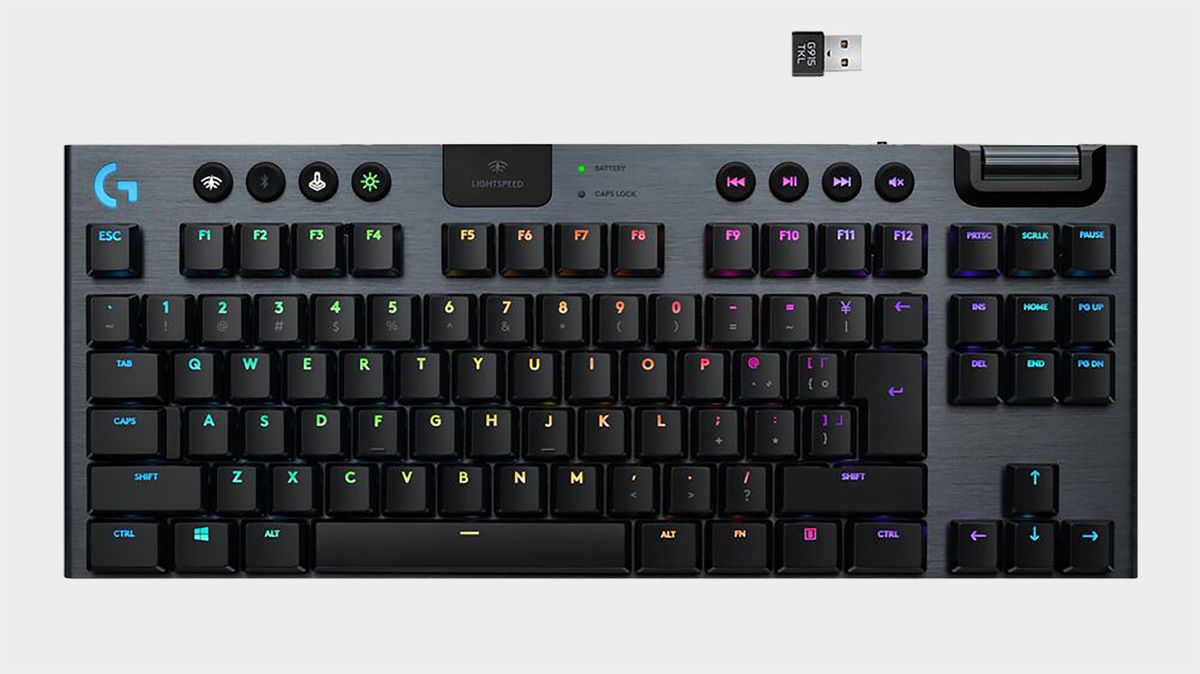 Logitech G has revealed the G915 TKL, a stubby, numpad-averse variant of its premium wireless gaming keyboard. While quite a bit smaller, much has been kept the same between the two including: low-profile keys and keycaps, media controls, Lightspeed wireless functionality, and RGB per key lighting.

The Logitech G915 TKL packs much the same punch as its full-size sibling, including the one-two on your bank account—the G915 TKL is available for $230 (£199). Yet if you’re looking for a premium keyboard and that price doesn’t immediately scare you off, then there’s plenty to love about this miniaturised version.

For one, it’s available with a choice of GL Linear, GL Tactile, or GL Clicky switches. In my experience with them, they make a decent alternative to the usual full-size switches from the likes of Cherry or Kailh, such as Cherry MX Browns, and also come with a 1.5mm actuation point for a slightly swifter key press than some.

The five bonus macro keys down the left-side of the full-size G915 have been shaved off to save space with the tenkeyless version, as have the profile selection M1-4 keys. The volume wheel is present and accounted for, although has also been shrunken to fit the real estate of the smaller chassis.

Logitech’s bragging a 135 day battery life with the lighting switched off. But you don’t often spend that much money on a keyboard to not have it proudly shining in full rainbow splendour, and with lighting switched on that lifetime of battery is cut down to just 40 hours.

The keyboard is charged via Micro USB, which can also be used to connect it to your gaming PC in lieu of Lightspeed wireless (with included USB dongle) or built-in Bluetooth connectivity.

The Logitech G915 TKL will be available from June, 2020. And if you’re questioning whether a wireless keyboard is necessary whatsoever, then perhaps this one’s not for you. It’s convenient for living room gaming, and keeps your desk tidy, too, but I’ll admit it’s a niche product.

I’ll be diving into the full details and my thoughts on the Logitech G915 TKL in my upcoming review, so stay tuned for that. If you want something right now, the full-size G915’s MSRP is $250 (£210), but can often be found for less.