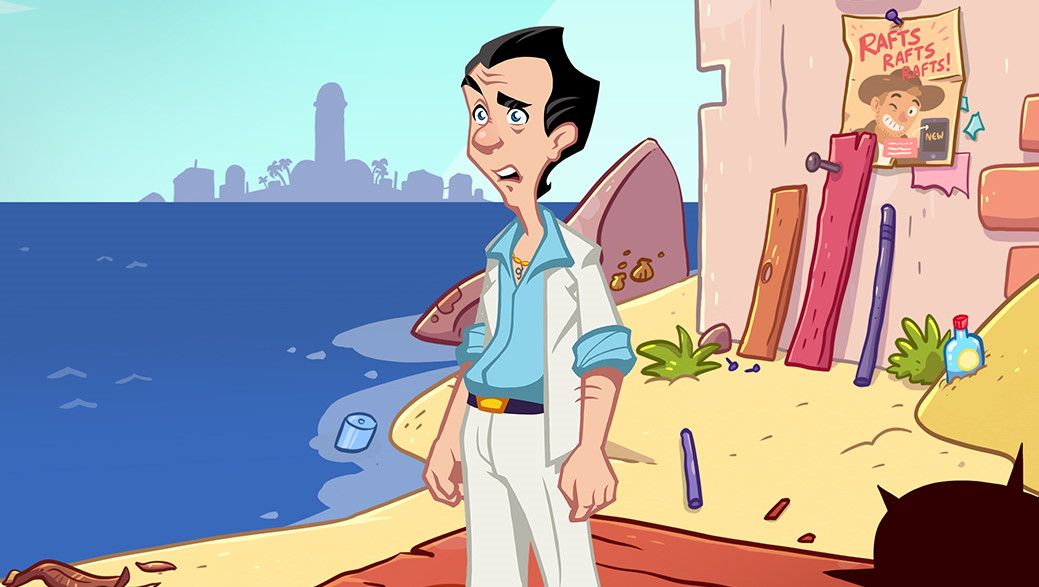 Wet Dreams Don’t Dry transported Larry from the mid-1980s to the 21st century, an Austin Powers-style shift that naturally required some major adjustments in his behavior. Now, having properly acclimatized himself to this strange new era, he sets off on a new quest to find his true love, Faith, who he accidentally shipped out to sea at the end of the last game. (It’s still a Leisure Suit Larry game, after all.)

The new game is being developed by Crazybunch, the German studio that made Wet Dreams Don’t Dry, and will feature more than 40 characters, some old and some new, and 50 hand-drawn locations set on the exotic tropical Kalau’a archipelago.

“Bringing Larry Laffer back to his adoring fans has been a labor of love and something that we’ve not taken lightly,” Stefan Marcinek, CEO of publisher Assemble Entertainment, said. “Crazybunch did an excellent job repositioning Larry in the modern age while retaining the mostly-SFW humor that’s loved and expected in the series. We can’t wait to see what fans think of Larry’s new soaking wet adventure!”

Leisure Suit Larry: Wet Dreams Dry Twice is set to come out on October 15 on Steam and GOG.