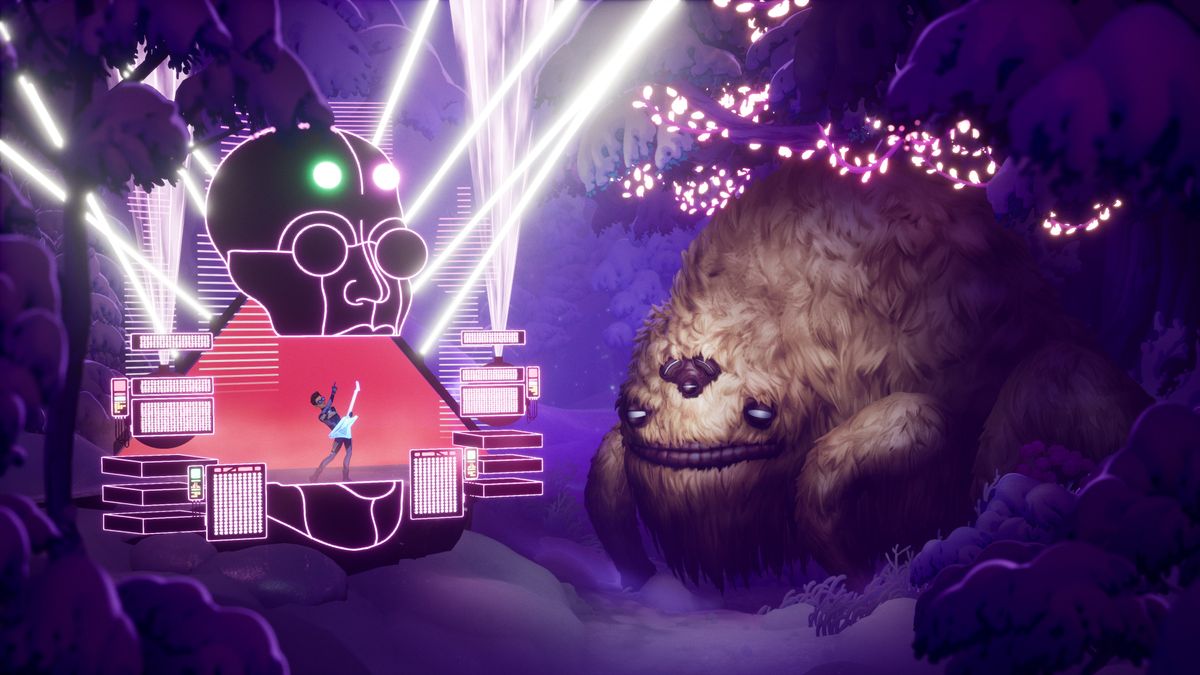 The Artful Escape has been a bit of an enigma since it was first announced. Trailers from when it was first announced back in 2017 were filled with psychedelic visuals of a young man rocking out on a glowing guitar, hopping from one colourful dimension to the next. The story behind the imagery has now become a little more clear as developers Beethoven and Dinosaur have released a new gameplay video with accompanying commentary.

Talking us through the footage is Beethoven and Dinosaur’s creative director Johnny Galvatron, an ex-band frontman who left his life on the road to work as a game designer. The trailer introduces the main story of The Artful Escape and teases the game’s musical mechanics.

The Artful Escape follows musical prodigy Francis Vendetti as he begins to prepare for his first live performance. Wanting to live up to the musical legacy of his famous uncle, Francis goes on a cosmic pursuit to find the perfect stage persona, taking him to an array of multidimensional worlds.

It’s a bonkers story with visuals to match. The trailer shows Francis majestically leaping through alien worlds, riffing on the electric guitar as he goes. Creatures and foliage react to Francis’ neon guitar, and shredding out sparkling musical notes is the main way you communicate with the world. You’ll be rocking out with strange monsters and illuminating plantlife as you strike the right chords like you’re jamming out together.

Galvatron goes on to say that you can customise aspects of Francis’ musical persona to give him the glam and flair you want. You can decide what his stage name is, what planet he’s from, and even choose what costumes he should wear.

I’m very excited for The Artful Escape, it’s a side-scrolling rock opera with plenty of guitar solos and magical, musical moments. There’s no release date yet, but its Steam page says that The Artful Escape will be launching on PC sometime this year. Make sure you watch to the end of the walkthrough to see Francis rocking out on the back of a giant galloping tortoise—rock on.