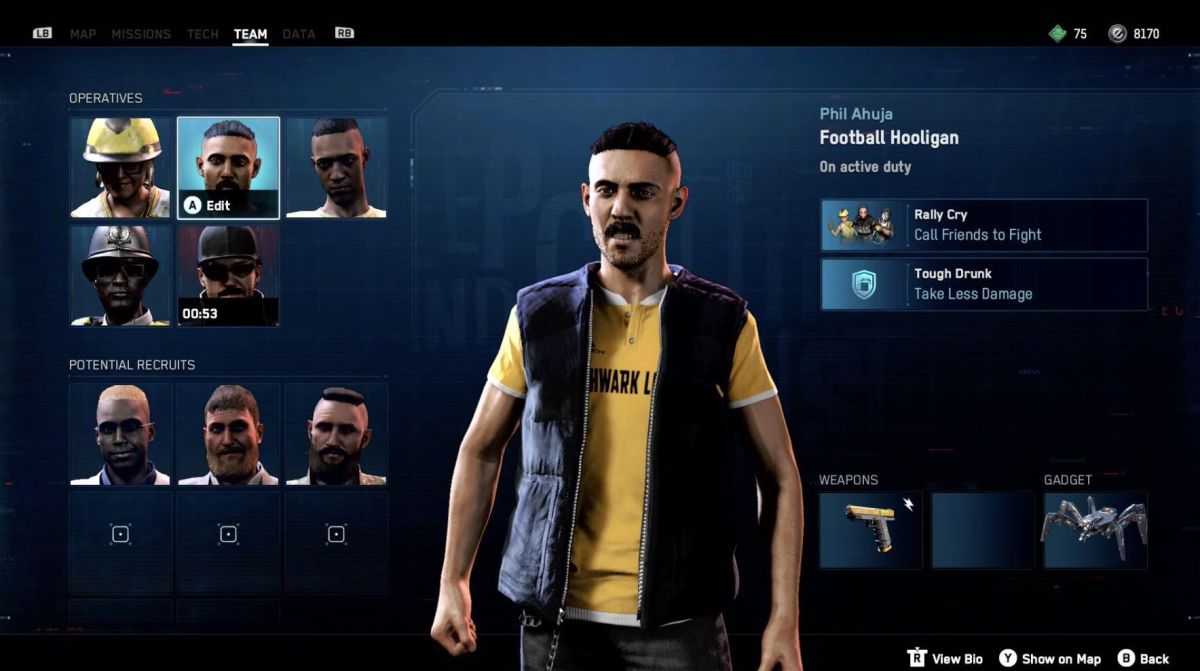 Ubisoft has sprung another leak, with a collection of Watch Dogs Legion screenshots making their way onto Imgur. Not quite as big a leak as the 30 minutes of Assassin’s Creed Valhalla that appeared, then, but we do get a look at some of the characters we’ll be able to add to our pool of operatives.

What do football hooligans make of dystopian tech and constant surveillance? I have no idea, but through the magic of videogames I look forward to finding out. That’s one of the operative types that it seems you’ll be able to play as, along with spies, cops and other specialisations.

Legion’s most notable mechanic lets you recruit any NPC in the game, turning them into a playable character that’s capable of dying forever. This includes old grannies. Your choice of operative determines what abilities you can use, so the hooligan can call his mates to help in a brawl and takes less damage because he’s all boozed up, while the spy gets a ridiculous spy car, spy watch and silenced pistol.

It looks like that information will be available while you’re walking around, so you can see what random people you bump into are packing and decide if they’re worth recruiting. In the cop screenshot, above, there’s a little icon, a red thumbs down, in the corner of the NPC details screen, maybe suggesting that it’s not possible to recruit her yet.

When Ubisoft showed Legion off at E3, there were three broad classes with different perks—Infiltrator, Enforcer and Hacker—but it looks like these have been replaced with specialised classes with more unique perks. They can also all carry a pair of weapons and a gadget, like drones.

A date on a poster has also been circled by the uploader. It’s September 16, and while the conclusion we’re clearly meant to draw is that it’s Legion’s release date, take that with a whole truckload of salt.

Ubisoft delayed Legion, along with several other games, pushing it back to an unspecified time in 2020/2021. We’ll be seeing more of it soon, however, as it will be part of Ubisoft’s showcase, Ubisoft Forward, on July 12. Log into Uplay during the show and you’ll also net yourself a free copy of Watch Dogs 2.