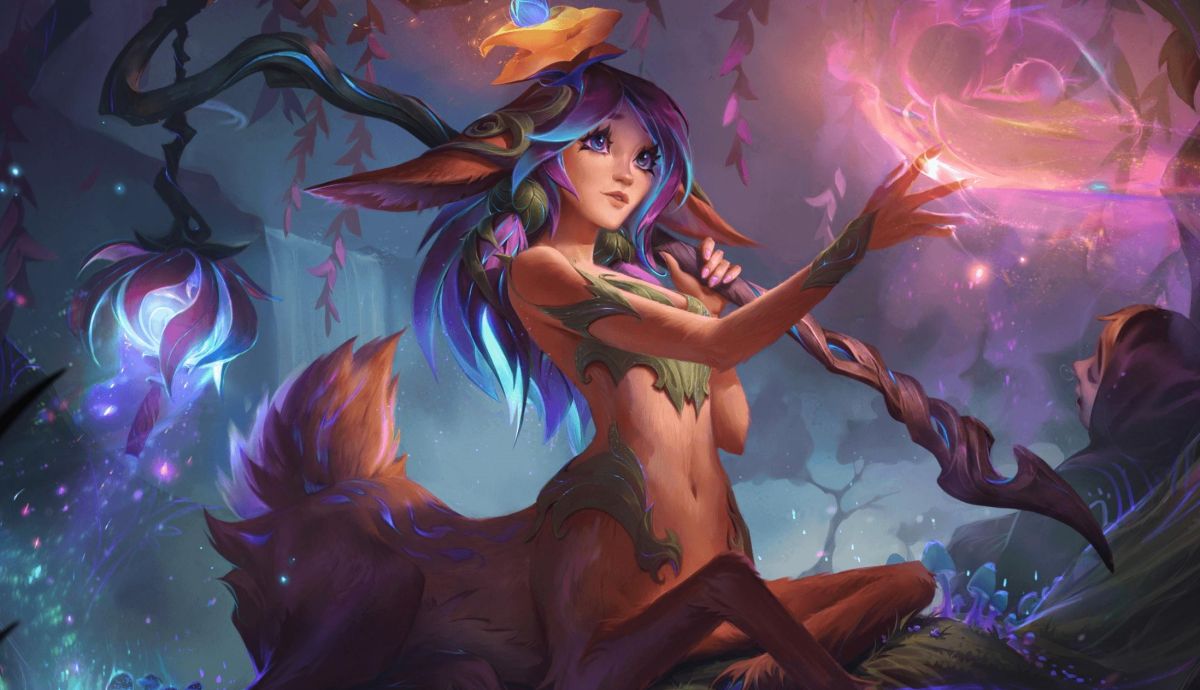 The newest addition to the League of Legends roster has been revealed as the magical fawn Lillia, a “shy, clumsy, and self-conscious” jungler who Riot said is also “the bravest champion we’ve made.”

“Lillia feels a kinship with dreams—she loves them, in fact. But not just because they’re dreams,” senior narrative writer David “Interlocutioner” Slagle explained. “She loves them for what they represent: A whole world full of people who have a beautiful magic inside of them. But people forget this magic. They lock it away. And when Lillia sees that, she wants to do more than just save her mother tree—she wants to help people find the magic within.”

On the more practical side of things, all of Lillia’s abilities apply Dream Dust, which deals a portion of the target’s maximum health as magic damage over time. Here’s what else she can do:

“I really wanted Lillia to feel like a shy, awkward fawn. It was a big challenge. How do you make ‘shy’ active?” champion designer Dan “Riot Maxw3ll” Emmons said. “Specifically, I wanted her to be weak against early invades. If you stumble upon this fawn in the forest, she should get scared and have to run away because she can’t fight you yet. And her movement speed gives her the ability to do that.”

Lillia is expected to arrive in League of Legends with the kickoff of the Spirit Blossom Festival, which begins on July 22. Riot also released the League of Legends 10.14 patch notes today that you can dive into here.