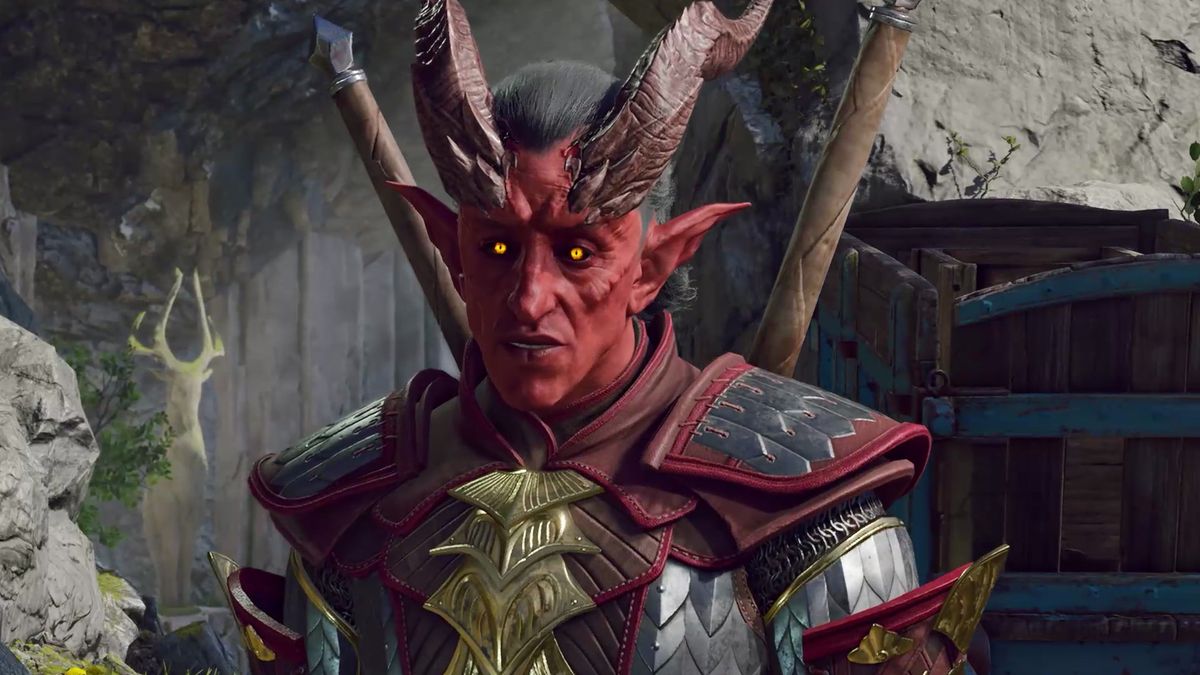 We don’t know too much about Baldur’s Gate 3 at this point. It will be set on the Sword Coast but may take players to other planes or the Underdark, the Illithid are the bad guys and the Githyanki are involved, and it will be based on the D&D Fifth Edition ruleset as interpreted by Larian. We’ve gotten a long look at it, but only the first couple hours of what’s likely to be a very big game.

There’s so much more we want to know, and we’re going to get to see more very soon. Larian dropped a new teaser today and said that proper reveals will begin on June 6 during the Guerrilla Collective showcase.

Throughout June, we’ll be revealing more about #BaldursGate3 starting June 6, on the #GuerrillaCollective Showcase. https://t.co/alQZxS4kH6 It’s almost time to venture forth. pic.twitter.com/I4Cjrf0BITMay 29, 2020

For a lot of RPG fans of a certain age, questions about Baldur’s Gate 3 will likely focus primarily on how it matches up with the first two games in the series. In that regard, I think it’s fair to say that it looks a lot like the Divinity: Original Sin games. Which isn’t at all surprising—Larian’s not going to re-invent the wheel here, and let us never forget that Baldur’s Gate is 20-some years old.

But I’m curious how the developers will go about differentiating this game from the Divinity series. The Original Sin games are outstanding RPGs and I’d love to see more of them, but if I’m going to play Baldur’s Gate, well, I want it to be Baldur’s Gate.

Given all that, it’s fair to say that I’m really looking forward to finding out more about what Larian has in store. The Guerrilla Collective will begin at 10 am PT/1 pm ET on June 6, with news and announcements from more than 20 indie developers and publishers including 11 Bit Studios, Coffee Stain, New Blood, Raw Fury, ZA/UM, and of course Larian.

June 6 will also see the return of the PC Gaming Show, broadcasting from a new but still undisclosed location at 2:30 pm PT/5:30 pm ET, and in between the two, starting at 11:30 am PT/2:30 pm ET, Paradox Interactive will take a deep dive into some of the things its currently working on.