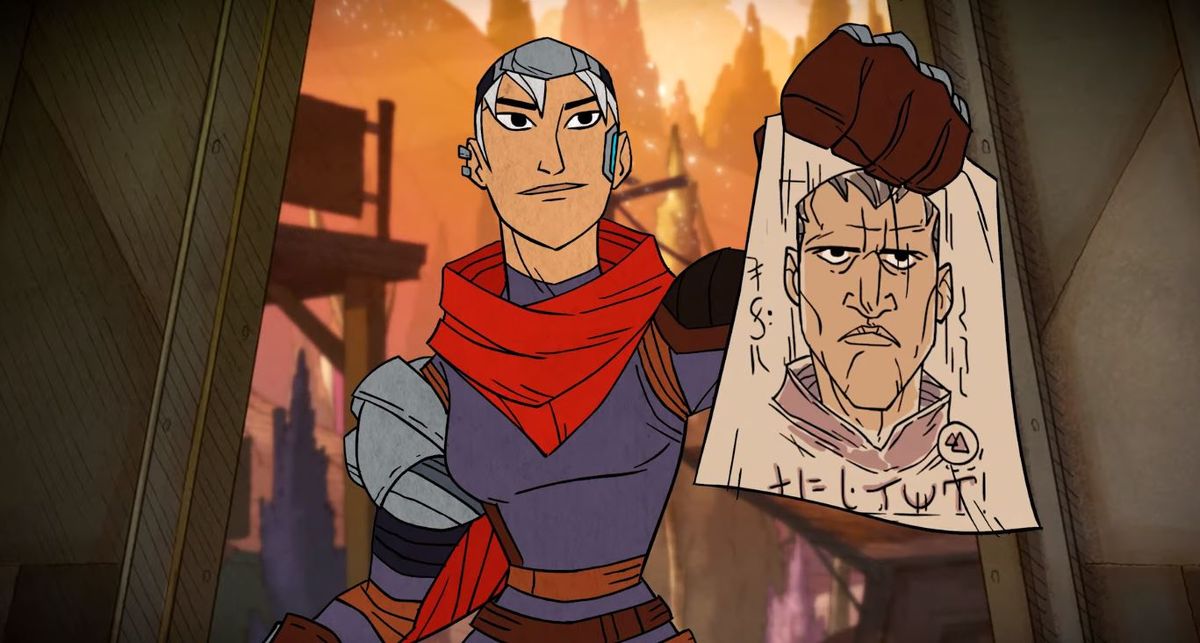 Griftlands’ period of Epic exclusivity has ended and it’s now buyable on Steam (with a demo too). The latest from indie studio Klei, it’s followed their usual model of being available in a limited alpha before being released in Early Access. While most of their alphas have been on sale directly from the Klei website (though I remember having to get Don’t Starve and its demo through the Chrome Store waaaay back in 2012), the Griftlands alpha has been exclusive to Epic for the last year. Presumably it achieved the same end—limiting the amount of players trying it out before it’s beta-ready. Which it now.

When Griftlands was first revealed it was an open-world sci-fi RPG with a slick art style, and though it stopped being open-world it kept that cool art. It’s now a Slay the Spire-esque card game, although one that strays further from its inspiration than, say, Monster Train. For starters it’s forgiving about permadeath, which feels necessary given its focus on story.

The other big difference is that the card-based battling comes in two flavors, one for fighting and another format that simulates negotiation. It’s social combat, and a neat way to dramatize the back and forth of haggling or a tense situation that could spill over into actual violence if mishandled.

If you bought Griftlands on Epic you’ll be able to activate it on Steam as well. I just followed the process described here, and found it painless. Which is nice.