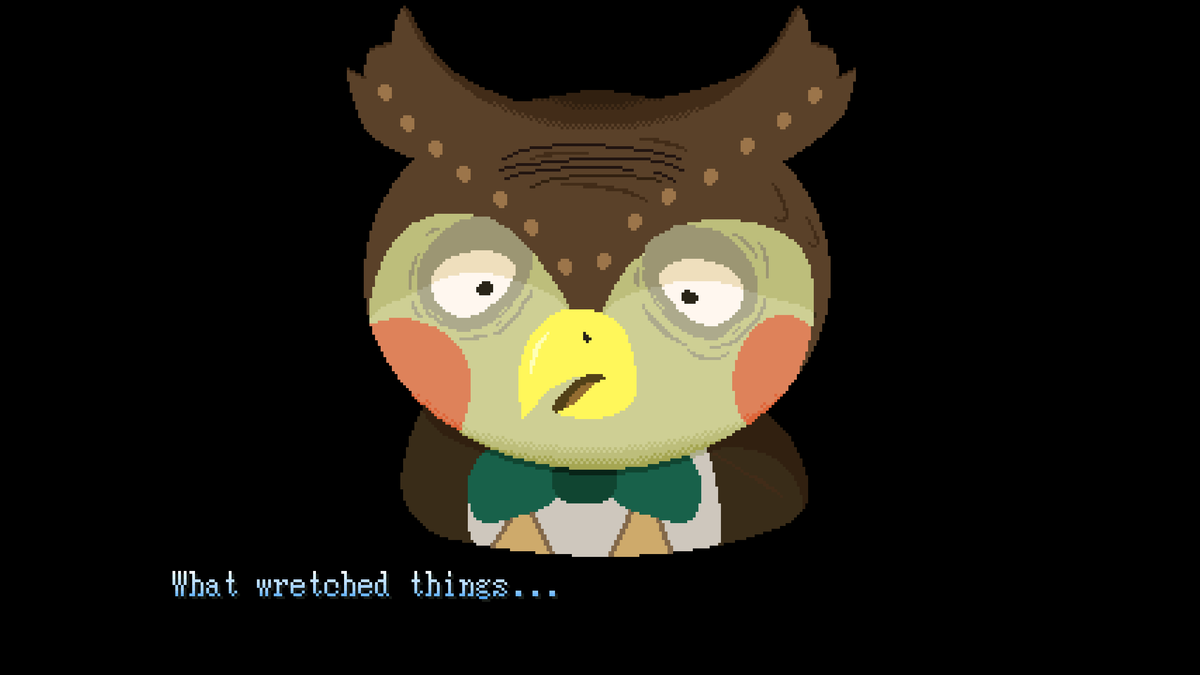 I have finally liberated myself from the clutches of Animal Crossing: New Horizons and its awful stalk market, but I have been wondering how my best bud, Blathers the owl, has been getting on in my absence. Probably not too well, judging by this Animal Crossing-inspired indie horror game, Kind Donations.

If you’re not au fait with the game that’s taken over the Switch: Blathers is the curator of the islands museum, and he’ll take any new fossils, fish or bugs that you happen to catch or dig up. He’s a friendly, positive little dude, but he’s utterly terrified of bugs, despite being surrounded by them.

Kind Donations takes Blathers’ fear and turns it into a brief, nightmarish romp through the museum where he must confront his worst fears. This warped version of the New Horizons museum is dark, covered in blood and full of escaped insects, and as someone who isn’t a fan of bugs, I’m with Blathers—this is horrifying.

Blathers is braver than I thought, though. Even when presented with all his fears come to life, he diligently wanders around the darkened museum, trying to put the bugs back in their display. He’s a massive owl, so he could definitely squash or eat them, but he’s too nice for that.

It should only take around 15 minutes to play through, and you can download it for free on Itch.