Kards is a new, free CCG based on the Second World War 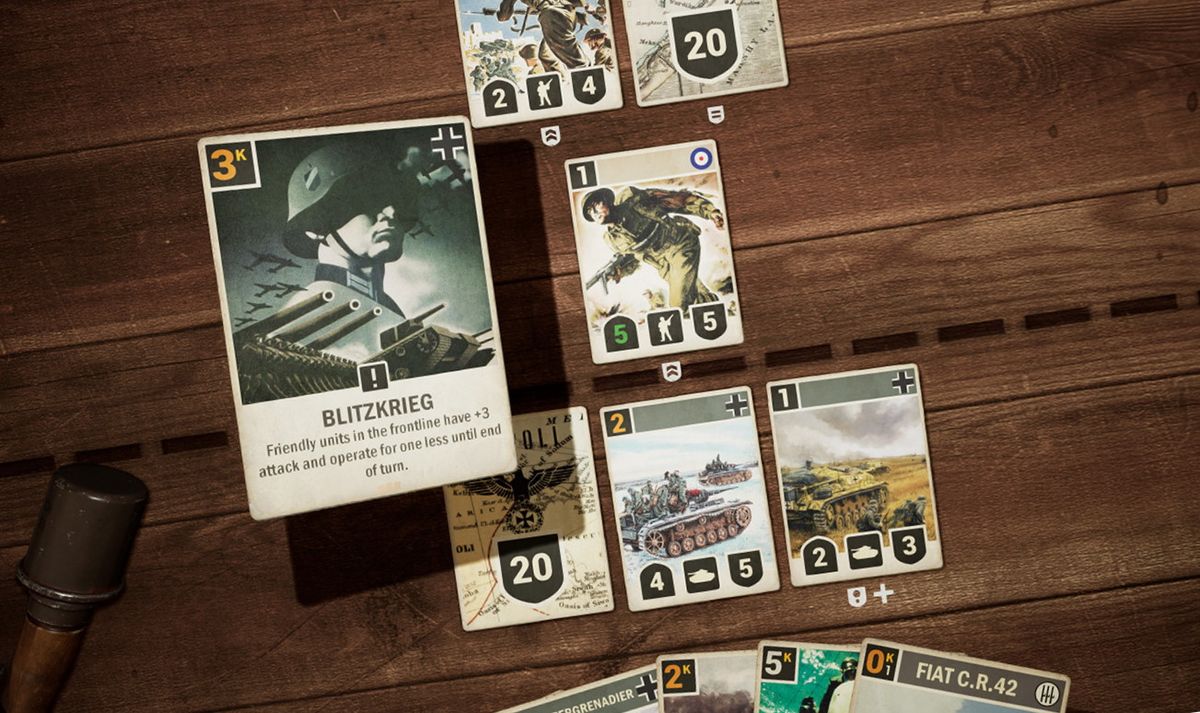 Most CCGs—Hearthstone, Gwent, Magic: The Gathering Arena, Legends of Runeterra, Artifact—are fantasy-based affairs, filled with medieval weapons, magical spells, and weird monsters as far as the eye can see. Kards, which went into full release on Steam today after a year in Early Access today, departs from that tradition by basing its factions, units, and abilities on the Second World War.

The game begins with a brief, obligatory tutorial that explains the basic mechanics and puts you up against a punching bag opponent. Once that’s done, you select from one of five nations—the UK, US, USSR, Germany, and Japan—and then use its starting deck to take on each of the others. As you defeat each nation in solo play, you’ll gain access to their deck as well. This is somewhat more challenging, although it’s still primarily a tutorial, unless I’ve just been very lucky on the battlefield.

Whatever the case, the real action comes from PvP combat using constructed decks based on one of the five major powers you just unlocked. Each deck is allowed one ally nation as well, and unlike the real thing you can mix and match as you please: If a British/Japanese deck strikes you as a good idea (and it might, I’m not advanced enough to say one way or the other), have at it. Kards supports standard PvP and ranked matches, with a fast-paced Draft mode, and players will earn monthly rewards based on their rank on the Private-to-Field Marshall leaderboards.

Gameplay isn’t what you’d call historical either, and that threw me when I first started playing because it took a bit to wrap my head around the idea that a lowly infantry unit could knock out my high-priced flyboys. Many units do have special abilities that reflect their basic nature, though—the Desert Rats can pin enemies and prevent them from acting in their turn, for instance, while the Ki-43 Hayabusa, commonly used in kamikaze attacks near the end of the war, inflicts 2 damage on enemy HQs when it’s destroyed—and each nation also has a particular mechanical strength and its own series of unique Orders cards that enable special actions like repair or resupplying units or granting extra actions in a turn.

Most of the combat is centered on the “front line,” the middle row on the board from which most actions are launched (and which players will thus spend a lot of time fighting to control), but the ultimate goal is to destroy the enemy HQ before they do it to yours.

It’s not the next Hearts of Iron, obviously, but gamers with a taste for the historical may get a real bang out of the detailed art that adorns each card. Unit cards are based on real-world units too, so when you play the US 506th Airborne, for instance, you’re putting these guys in the field. My only complaint is that the game doesn’t provide any historical information or trivia about its unit cards, which would be a very nice added touch.

Kards isn’t as loud or flashy as games like Hearthstone, but the mechanics seem interestingly complex and it’s a nice change of pace. It’s also free, which is a big plus. Developer 1939 Games also plans more expansions and events, with additional card sets and new game modes, and mobile versions are on the way later this year, naturally. To find out more, hit up kards.com.