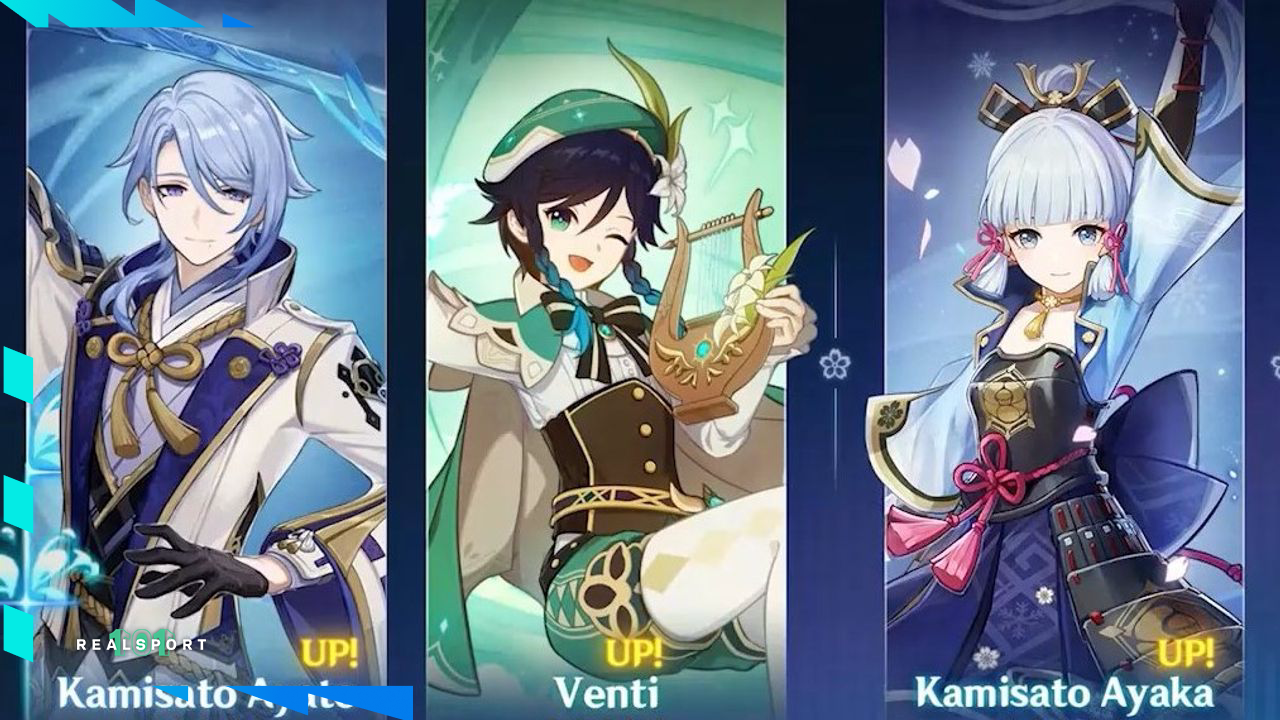 Kamisato Ayato’s big debut will go in Tandem with Venti’s second rerun. And, we are only receiving one rerun in the second Phase.

Ayaka will be the main star of the second part of Version 2.6 in a surprising move as it is the first time a rerun is the only banner since double banners were introduced.

Without further ado, here is everything we know about the upcoming banners.

Every Genshin Impact update runs a six-week cycle, divided into two phases. So we’ll see a set of Banners on the update’s launch and another after three weeks.

Genshin Impact 2.6 first half will have two banners that will run for three weeks:

Kamisato Ayato is the only new character in Genshin Impact 2.6, and this will be the third appearance of Venti in a banner.

So far, we have information on a new 5-star weapon coming to Genshin Impact 2.6. The signature sword of Kamisato Ayato a katana called Haran Tsukishiro Futsu.

The bow Elegy For the End will be the second weapon feature in the first weapon banner of Genshin Impact 2.6.

For the second half of Genshin Impact 2.6, arriving on April 20, 2022, we are receiving one rerun banner:

Ayaka’s rerun was confirmed by the inclusion of her chibi version in the ads of the ver. 2.6 Livestream.

With Ayaka rerun, it is almost certainly the second weapon banner that will include the 5-star Sword Mistsplitter Reforged.

Surprisingly, Genshin Impact 2.6 will have only one rerun for the second phase. This is a big blow for Kazuha and Yoimiya fans.

Both characters are currently the only 5-stars characters from Inazuma release before the first anniversary, without a rerun.

Kazuha is currently one of the best characters in the game. However, a lot of players decided to skip his banner. Apparently, players misunderstood his abilities and decided better to wait for Ayaka.

In the case of Yoimiya, she is not a very popular character due to her single target-oriented playstyle. But, the game is buffing Normal Attacks characters, and Yoimiya might be set for an epic comeback.

Genshin Impact 2.7 may focus on bow characters, with Yelan and Yomiya as the main stars. However, it is uncertain if Kazuha will return soon.

Computer Repair Near Me