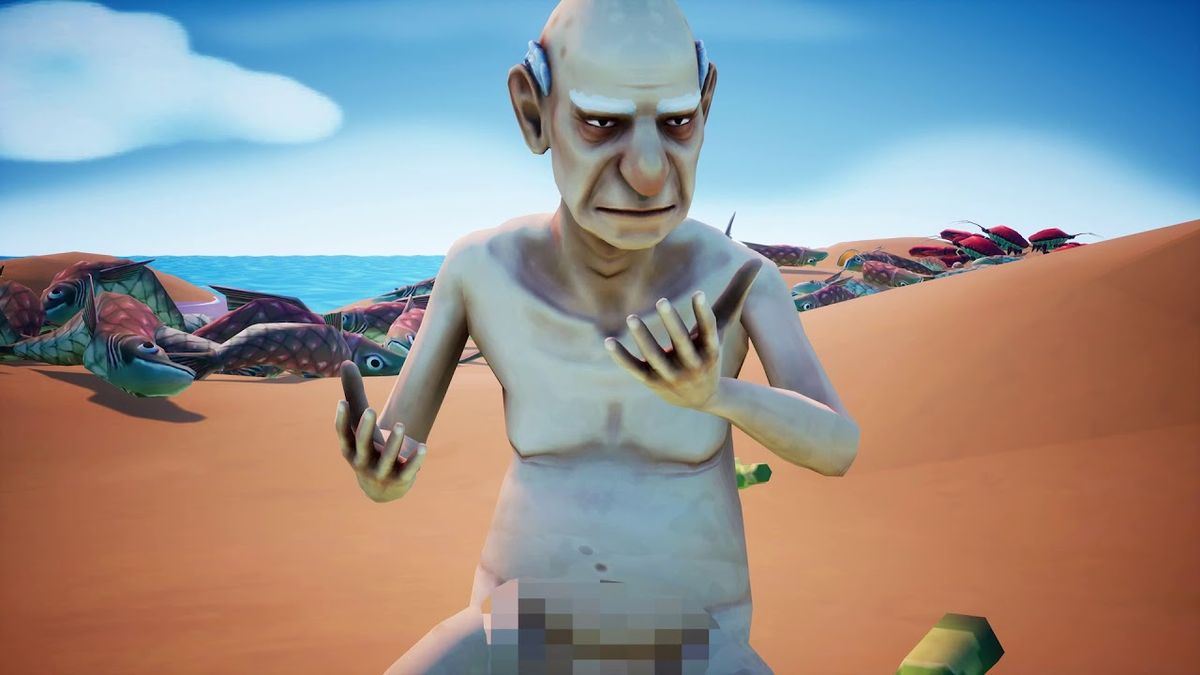 Just Die Already: Old People Mayhem Sandbox is a heckuva game title. But if you think that’s something, wait until you see the trailer.

I’m really not sure where to start with this one. The dead sea creatures, including the big shark with a soggy stiff in its mouth, are sure eye-catching, but I think it’s fair to say that the pixelated junk is the main attraction here. It doesn’t say much about the game itself, though, but fortunately we can turn to Steam for that.

In just Die Already, you step into the slippers of a retired old person in an unpleasant future where those ungrateful millennials are too busy playing videogames to hold jobs or have children. Because of that, there’s nobody to pay for your old age care, and so you’re kicked out of your retirement home and forced to fend for yourself. But jobs as Walmart greeters are in short supply. Instead, you’ll have to explore the world and perform dangerous stunts to qualify for “retirement tickets,” which will earn you free care in your declining years.

“You get to be an old person. Angry, fragile, poor and hating the world: the dream you didn’t know you had until now. Finally, you have found something in common with your grandparents,” the Steam page says. “Discover the joys of being old and made of glass, anything can break you and you can break your everything.”

If you think Just Die Already looks and sounds a bit like Goat Simulator, you win a prize: It’s being developed by the designers of that bizarre (and bizarrely popular) ruminant mayhem game. It’s expected to be out this summer.