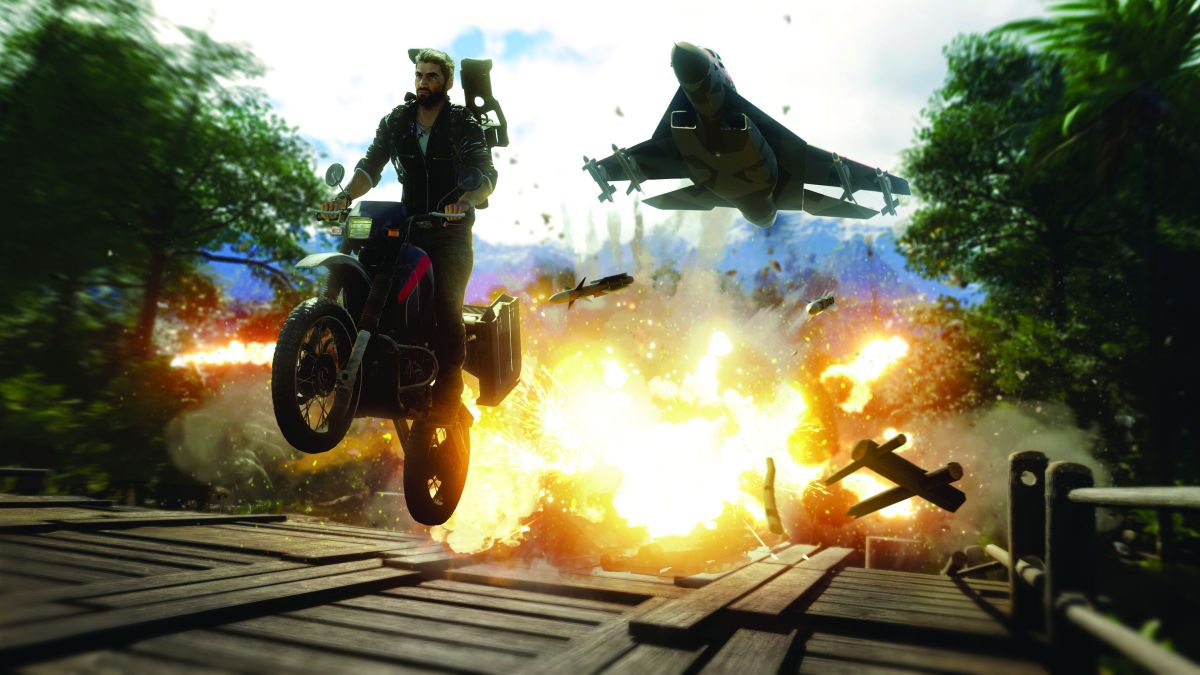 If you like free games (and who doesn’t?) then you’ll want to take a trip around to the Epic Games Store today (or sometime within the next week), because today is Thursday and that means a pair of fresh freebies are up for the taking. This time around it’s the open-world calamity simulator Just Cause 4, and Wheels of Aurelia, “an immersive road trip through the gritty western coast of Italy during the roaring 1970s.”

Just Cause 4 follows the adventures of super-agent Rico Rodriguez, who travels to Solis to discover the truth about his past and blow stuff up—and more the latter than the former, I think. Story is definitely not the thing here, but Rico ramps a motorcycle into a helicopter and then surfs on the roof of a classic American muscle car as it blows through a hurricane and then flies to safety with his jetpack, so, story, schmory. We know what we’re here for.

The narrative takes somewhat more precedence in Wheels of Aurelia, a game about a woman named Lella who goes for a long drive during a little-known period of Italy’s history. The Epic Store listing says the game “is rooted in culturally and historically researched events of the 1970’s, striving to challenge the stereotypical perception of Italy.”

Both games are free now and will remain so until 11 am ET on April 23. Next week’s giveaway will be For the King, a turn-based strategy roguelike that features procedurally-generated maps, quests, and events. For more zero-cost entertainment, keep your eyes on our running list of all the free games you can grab right now.