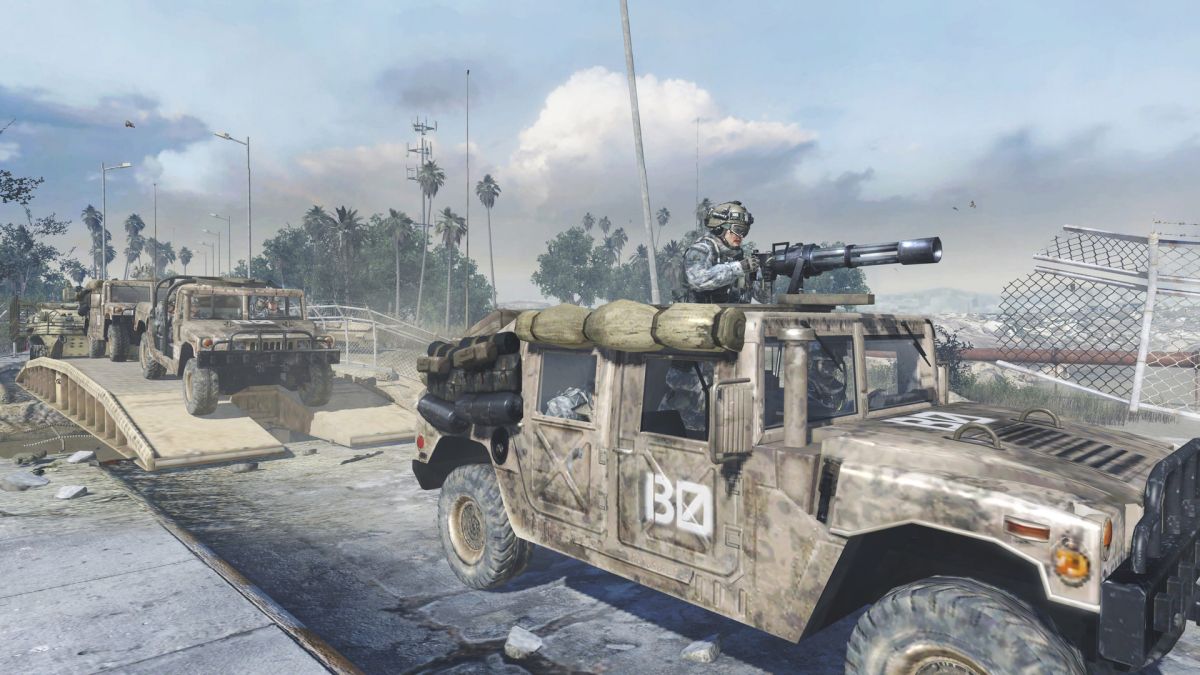 Back in 2017, Activision was sued by AM General, the manufacturer of the Humvee, over its use of the famed military vehicle in the Call of Duty series. AM General complained that Activision doesn’t have a license to use the Humvee in its games, yet it has “reaped billions of dollars in revenues from their wrongful acts and … irreparably harmed AM General by causing significant confusion” among consumers. The company demanded an injunction against Activision’s use of the Humvee, and the usual array of damages, legal fees, and whatever else the court deemed “just and proper.”

The case finally came to an end earlier this week, and as reported by Ars Technica, the court came down squarely on the side of Activision, determining that it has a First Amendment right to use the Humvee trademark in its games.

Courts tend to interpret US trademarks laws narrowly when dealing with artistic works in order to protect them from undue legal action, Judge George B. Daniels said in his ruling. He then detailed a “two-prong test” used to determine whether artistic works can use trademarks without facing liability, a process that includes both a determination of “artistic relevance” and an application of the “Polaroid factors“—a “likelihood of confusion” test that emerged from a 1961 case between Polaroid and Polarad.

With that baseline established, the judge got into the specifics of the Call of Duty case, first declaring that the use of Humvees in the series is artistically relevant because it “evokes a sense of realism and lifelikeness” in a game that ostensibly aims to realistically portray modern warfare.

The test used to determine likelihood of consumer confusion were also found to weigh in favor of Activision. Regarding “the sophistication of the buyer,” for instance, the ruling points out that the world’s militaries are not accidentally buying Call of Duty games instead of large vehicles. “One problem for Plaintiff on this point is that the purchasers of Humvees—that is, some 50 militaries from around the world, including the US Armed Forces—are not buying Call of Duty, and vice versa,” the ruling states. “There is no risk whatsoever that someone will buy the wrong product by accident out of sheer confusion about who built or distributed the product.”

Daniels acknowledged that “a modicum of confusion might be present,” but said that AM General failed to demonstrate that the use of the Humvee is explicitly misleading. Activision, on the other hand, “offered a persuasive explanation: The uses of Humvees in the Call of Duty games enhances the games’ realism.”

“If realism is an artistic goal, then the presence in modern warfare games of vehicles employed by actual militaries undoubtedly furthers that goal,” the ruling states. “The inclusion of Humvees in the foreground or background of various scenes—including several instances of players using Humvees to advance to the next level—are integral elements of a videogame because they ‘communicate ideas … through features distinctive to the medium’.”

Ultimately, the judge ruled that AM General failed to demonstrate any harm to its trademarks arising from the presence of Humvees in the Call of Duty series, and that any “dilution” that might occur as a result must be “tolerated in the interest of maintaining broad opportunities for expression.” As a result, the suit was summarily dismissed, the artistic merit of videogames was further reinforced by the courts—and our digital Humvees remain safe.