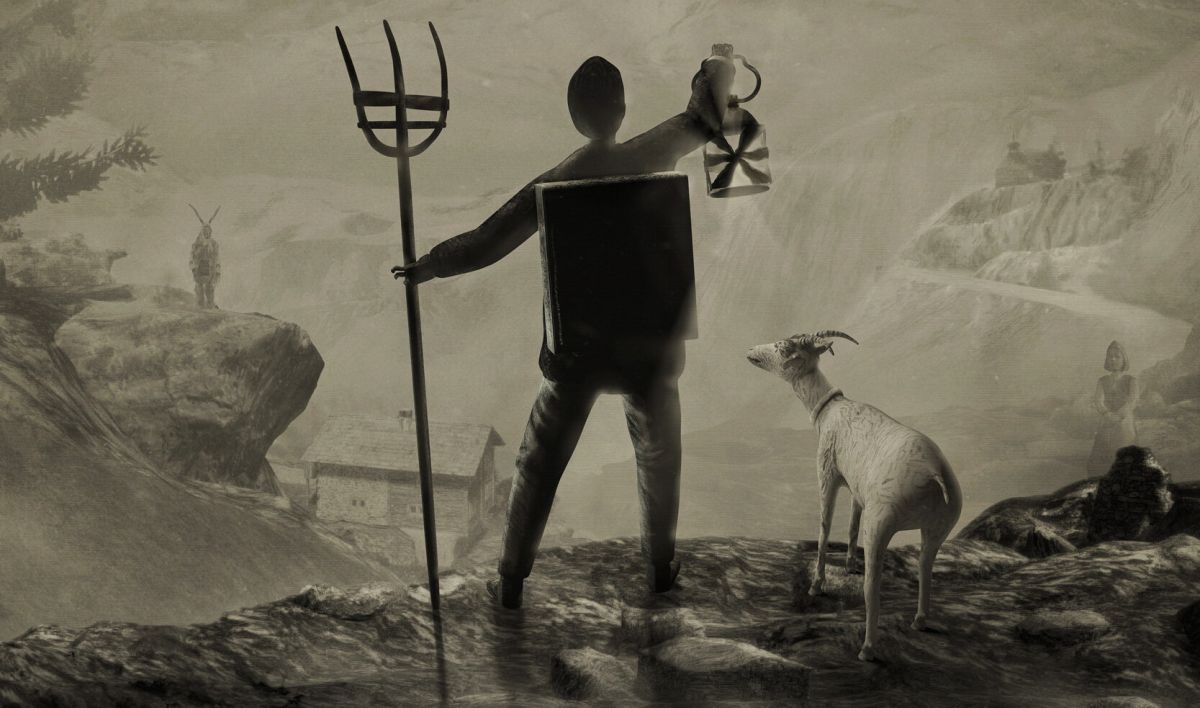 One of the more interesting games we saw during today’s Day of the Devs livestream is a “hand-pencilled horror tale” called Mundaun. Set on a great, strange mountain in the alps, it begins with the mysterious death of an old man that leads to the discovery of something far more sinister.

Mundaun looks, and sounds, like a game in the vein of Amnesia: The Dark Descent. It promises to blend “reality and myth” in a first-person journey up Mundaun Mountain, a place shrouded in darkness and secrets, and will even feature what sounds very similar to Amnesia’s sanity mechanic. Instead of warping your vision and eventually causing you to black out, however, the “fear resistance factor” will affect your ability to move: The more fearful you become, the slower you’ll go. Obviously, that means that keeping your head about you will be vital to keeping it attached.

It sounds like Mundaun will be more interactive that Amnesia, though, as it will also feature puzzles to solve as you climb the mountain, vehicles including sleighs and a hay loader, and NPCs to interact with. But what really makes it stand out is the art style. The pencil-drawn graphics seen in the trailer are lovely, and they also give the game a sense of age and foreboding that conventional visuals might miss out on. The audio is creepy as hell too, so big plus there.

Overall, it strikes me as something like The Lighthouse meets Rusty Lake, in first person. That may prove to be way off base, but I’m definitely interested. Mundaun is expected to be out in spring 2021, and until then you can find out more at mundaungame.com.