Journey across an endless sea of sand in Red Sails, a dreamlike exploration adventure 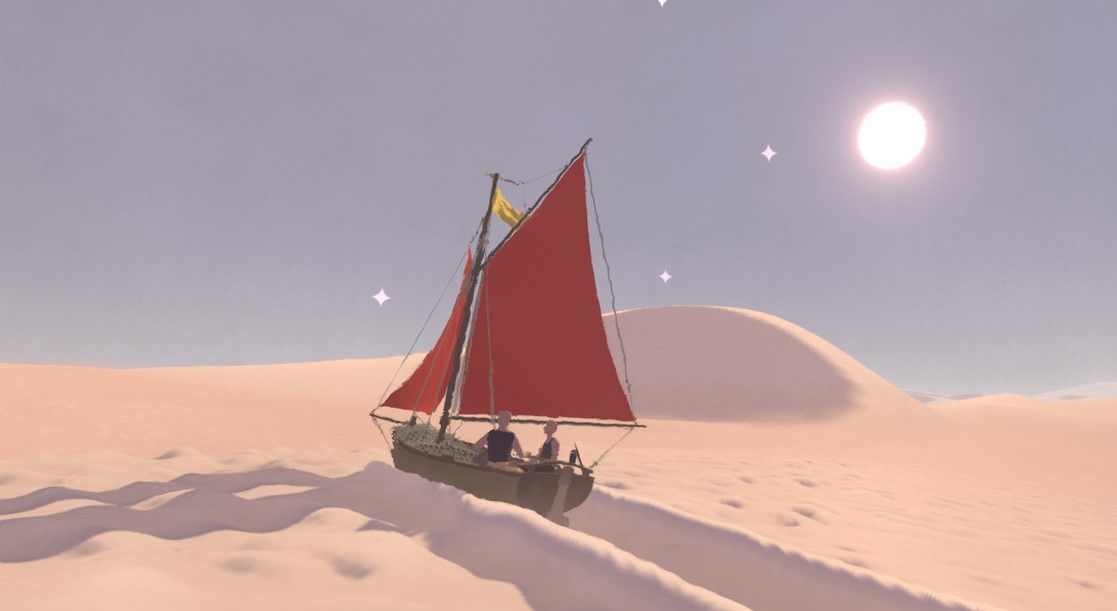 VIDEO: The Red Sails trailer from the PC Gaming Show. Also on YouTube.

Red Sails is a sailing game with an unusual twist. Instead of voyaging on clear blue waters, your journey will take you across the shifting sands of a great, endless desert that threatens to swallow what’s left of the world and the people who live in it.

“We wanted to surprise people and whet their curiosity. The visuals call to their imagination with a surreal and dreamlike vision,” Léonardo Montes of Red Sails Team told me. “A desert is quite close to an ocean too; with ripples and dune that can make you think of an agitated sea that was stopped in time. It is also more interesting visually than a flat ocean. We think you can enjoy exploration a lot more in this surreal setting.”

He also specified that it’s actually “sinking sand,” which is where you come in: As you sail the sands, you’ll find and rescue lost, stranded members of your clan, learn their stories, and return them to their villages. The game world is open and full of secrets that you can explore at your own pace, but a bit like a shark, movement is survival: The villages, built on stilts, must continuously rebuild themselves to stay afloat, and if you linger too long in one spot, the same could happen to you, costing you progress.

The trailer showcases both day and night gameplay, and Montes said that the difference is more than just cosmetic.

“In addition to being an important change in mood, this impacts the gameplay and the narration as well,” he said. “I do not want to go in too many details about this, but as you could already see in the few clips from the game; at night, it might snow. All that snow can become a useful resource in the desert after it turns back into water, for example.”

Red Sails promises a gentle, dreamlike experience, and as must as I like shooting guys in videogames—and I like shooting guys in videogames very much—this kind of surreal exploration adventure is right up my alley. Alas, I’ll be waiting awhile yet before I can get my hands on the tiller: The planned release date on Steam is “to be announced,” and Montes said that it’s still too early to make any guesses about it. For now, you can keep up with what’s happening at redsails-game.com.