Join a gang in Necromunda: Underhive Wars in September 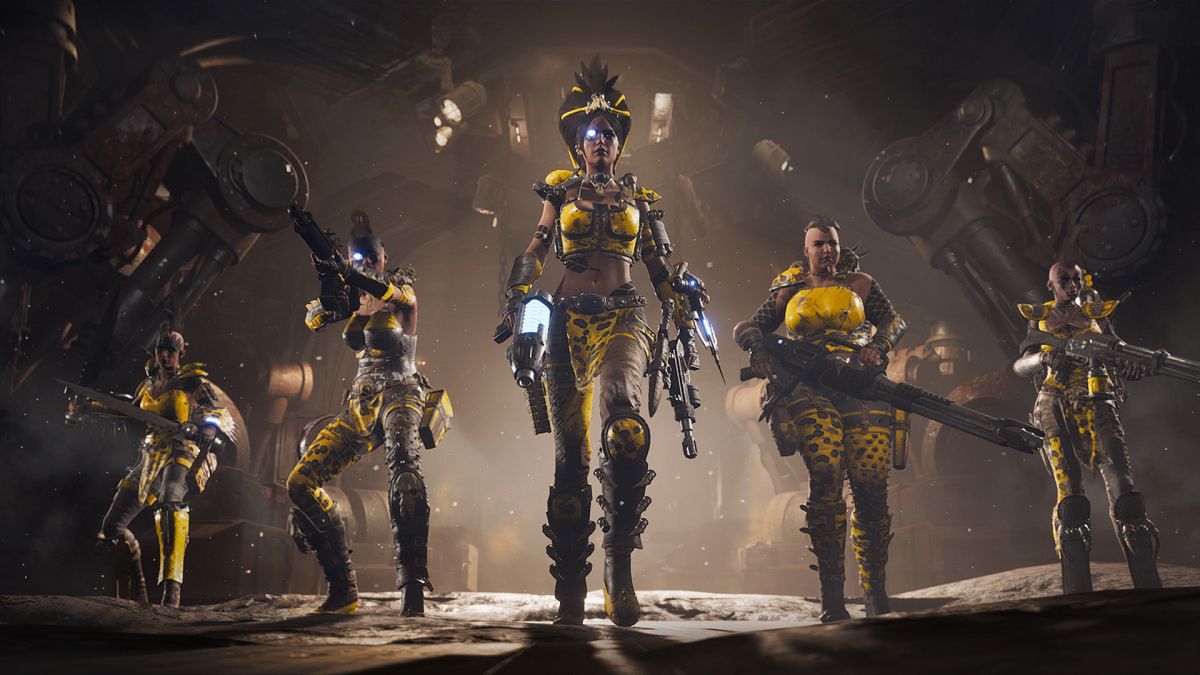 After being announced in 2017, Necromunda: Underhive Wars is poised to launch next month. It’s been a long time coming, but you’ll be able to throw your gang of eager killers at other equally murder-happy gangs in turn-based brawls on September 8. Check out the trailer above to get a peek at the fights and gang customisation.

Like developer Rogue Factor’s previous game, Mordheim: City of the Damned, it’s also got the air of a third-person action game, as you’re able to move around freely in real-time when it’s one of your characters’ turns. And like Mordheim, you’ll field a small, agile group of ruffians, just five of them, while the rest of your gang hangs back, though they can reinforce your squad if needed.

Your team of five will let you bring in all the classes, though, so you won’t be missing out. There’s the Deadeye, Brawler, Heavy, Saboteur and Lay-Mechanic, each with a signature skill and bonuses to specific stats. Once you’ve tweaked their loadout and upgraded their stats, you can send them into battle in the bowels of one of the 40K universe’s intimidating hive cities.

Last month, Rogue Factor broke down the essentials, giving us a handy overview. I’m especially keen on the maps, which promise to be huge, derelict industrial arenas filled with ancient wreckage, dynamic cover and lots of levels. With ziplines, elevators and networks of pipes, expect to move up and down a lot. Hopefully they’re not so large that the 10-person battles will become exhausting hunts.

Necromunda: Underhive Wars is available for pre-purchase on Steam now for £28/$32 and will launch on September 8.