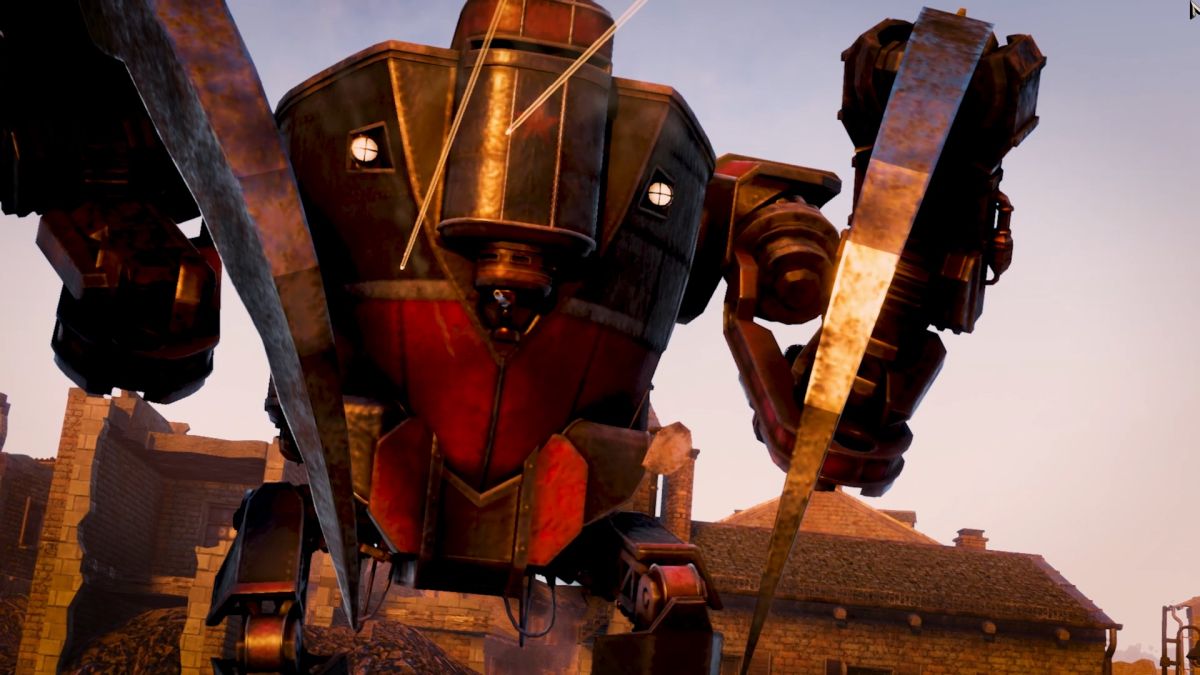 Iron Harvest, King Art Games’ 1920’s mech RTS, is unsurprisingly jam-packed with intimidating, heavy metal killing machines. All but the very smallest tower over infantry and can blow through buildings and cover like they were made of tissue paper. You can take a look at some of those beefy bastards in a new faction feature trailer that showcases the Rusviet Empire.

The Rusviet Empire is Iron Harvest’s analogue for the Russian Empire, devastated by the Great War and on the brink of revolution. It’s still a powerhouse, however, and it’s got its eye on conquest, hoping to feed its insatiable appetite for more resources. It’s got big mechs to build.

Rusviet mechs are designed overwhelm the enemy. One of them has gargantuan scythes attached to each arm. Another looks like a horse was spliced with a huge rocket launcher. When I was fighting them off in my Iron Harvest preview, I tangoed with a beefy flamethrower mech a few times, and I’d like to never do that again. Whole infantry squads just wiped out in a hot second—it’s a monster.

The infantry units are less intimidating, but thanks to their penchant for charging into melee combat they can be a right pain in the arse for any army having to deal with them. In the preview build, melee combat seemed quite a bit rougher than ranged combat and doesn’t seem to play nicely with the cover system, so it still has some kinks that need working out.

Accompanying the mechs and soldiers are tough, specialised heroes with unique abilities, three for each faction. The trailer gives us a look at Olga, who also rides a Siberian tiger. All of these special units come with a pet that follows them around and fights in battle, slashing at squishy humans and mechs alike.

Iron Harvest is due out on September 1.