Intel’s next, next-gen CPUs are already getting benchmarked and they’re very.DIFFERENT 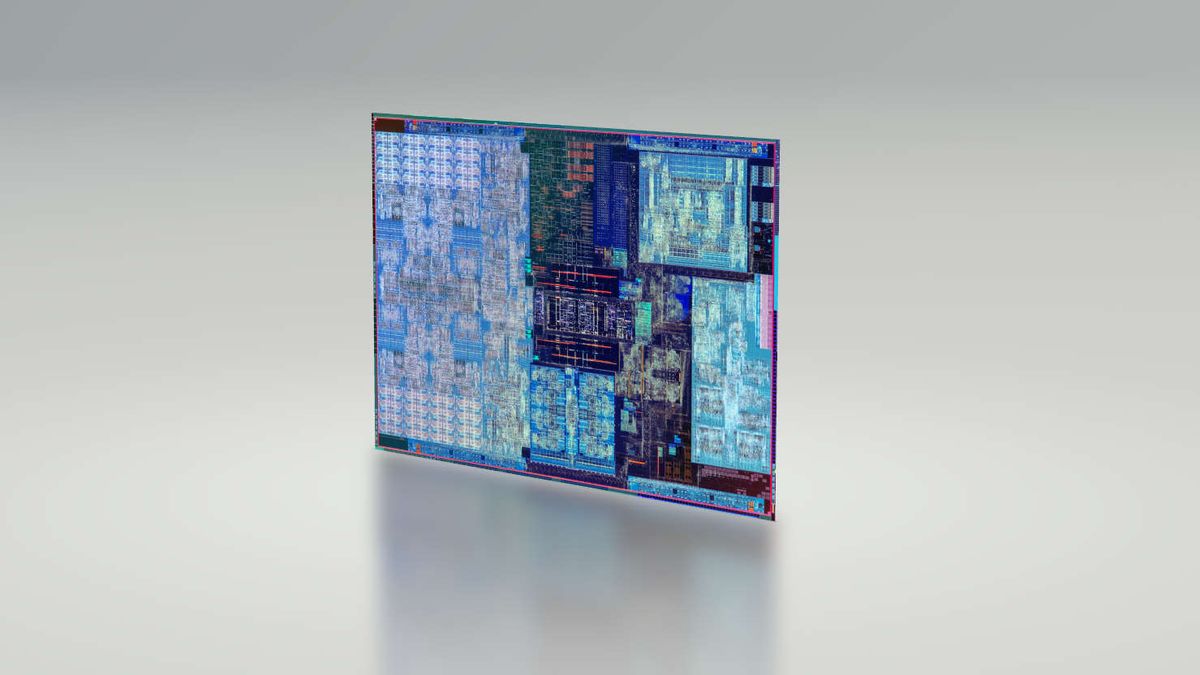 Intel’s next next-gen processors are already hitting performance testing, with the Intel Alder Lake platform now popping up in the SiSoft Sandra database. That’s the CPU generation expected to arrive in 2022, after the 11th Gen Core, AKA Intel Rocket Lake, arrives in our PCs sometime next year.

So many lakes, so little time… But what makes this one special? Honestly, we’re not sure if it’s special or a potential nightmare. Alder Lake is set to bring Intel’s Hybrid Technology to the desktop—that’s the tech which has just appeared in the new mini Lakefield mobile devices, pairing one big standard CPU core and four relatively ropey little ones.

It’s also the name of the technology which allows for the internal stacking of logic within a processor, meaning compute layers can live on top of the base layers of PCIe and USB controllers, et al. It’s almost akin to a vertical version of AMD’s chiplet tech, in that it allows Intel to mix and match CPU architectures, processes, and I/O generations too. Just on top of each other rather than around.

The Intel Alder Lake chips look to have just started evaluation, as an S-series chip—one of the desktop variants—has appeared on SiSoft (via TUM_APISAK). It’s seemingly only a GPU test right now, using the same Gen12 graphics as the upcoming Tiger and Rocket Lake generations, with a 32 execution unit configuration. The top Tiger Lake products will sport up to 96 EUs, but as a mobile chip that layout makes more sense than on desktop chips, which are more likely to be paired with a discrete GPU.

This early appearance doesn’t look to be any concrete confirmation of an early arrival for the Alder Lake generation of processors, as the Gen12 graphics silicon in question is only running at a paltry 500MHz. A recent Rocket Lake entry in SiSoft has its own 32 EU iGPU running at 1,150MHz, which is a more likely release candidate chip than an early engineering test sample.

That said, the fact it’s popping up in public databases this early on could mean that we might see this 12th Gen range launching in 2021, rather than 2022 as previously expected. With Rocket Lake itself still not set to arrive in our PCs this year (unless that’s the ‘something big’ Intel is teasing for its September 2 reveal) we could potentially see two desktop generations launching within the same year. That might suggest Rocket Lake is going to be a bit like another Broadwell, a barely-there CPU generation.

Previous Alder Lake leaks have posited different configurations for the desktop chips, with the top-end processor rocking eight Golden Cove cores and eight Gracemont cores in a big.LITTLE design. Golden Cove is an evolution of the Sunny Cove core architecture introduced with Ice Lake, and expected to be more or less the basis for the 14nm Rocket Lake chips. Sunny Cove delivered an impressive IPC bump over the current Core architecture inside 14nm desktop chips, such as the Core i9 10900K, but the 10nm process still struggled with higher frequencies.

That looks to have been ironed out, or is expected to be for Alder Lake, as its 10nm Golden Cove cores are promising even more single threaded IPC improvements. For its part Gracemont is the next-gen architecture for Intel’s low-power Atom processors, and is also promising higher frequencies and its own IPC boosts over previous generations.

But why are Intel’s next next-gen desktop chips going for the controversial big.LITTLE design? Those offset 8+8 design won’t be able to compete with a dedicated 16-core chip, such as a potential AMD Zen 3 Ryzen 9 4950X, which uses the same fully functional cores across the board.

Though it will allow Intel to nominally compete on the core-count battleground.

There must be some better computational reasons around Intel making a concerted move towards this offset configuration, beyond the marketing numbers argument. The big.LITTLE design seems complicated when it comes to software accessing the silicon in the most efficient manner, and there is a lot of resistance to the design within industry commentators. But there are a whole lot of smart silicon engineering people at Intel. The company may have made some missteps as AMD has made its ascendance, but I can’t believe there’s a permanent downward trajectory in store for Intel’s CPUs in comparison.

Until we get a little more insight into what Intel is doing with its Hybrid Technology on the desktop it’s going to be tough to say what impact Alder Lake is going to have, but suffice to say that it’s going to be a very different CPU to the Intel processors we’ve had over the last few years. And not just because of the oblong shape the new LGA 1700 socket is going to force the chips into.