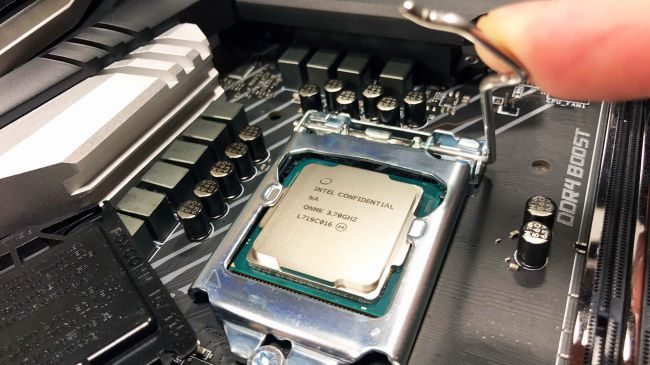 Intel’s winning back the hearts and minds of the PC gaming public from AMD… at least that’s one read of the latest Steam Hardware Survey stats. The March 2020 data has dropped and it contains a few choice morsels of information, aside from the fact there are now at least one million VR gamers using Steam, it also appears that Intel has managed to buck the recent trend and claw back market share from AMD on the processor side of things. Not by a lot, in fact I’m talking 3.1% on the whole and a mere 0.24% when we’re looking at just Windows PCs, but given the way the graph has been going lately, it’s still noteworthy.

Dig a little deeper into exactly what is increasing though, and a clearer picture begins to emerge. Take a look at the processor speeds and you’ll discover a shift away from faster CPUs running at 3.7GHz and above, to a more pedestrian 3GHz and below.

Consider this info alongside what’s changing on the GPU side of things, where you’ll see some increases for Intel’s integrated offerings, particularly the Intel HD graphics 4000 under the DirectX11 GPU list (up 2.95%) and Intel HD Graphics 3000 under DirectX 10 (up 2.78%), and the story starts to emerge.

A lot more laptops are being purchased right now and a lot of work laptops are going home. The fact that people are taking a little gaming break now and again shouldn’t really come as a surprise either. And if you’re after a quick break during your working from home days, be sure to check out the best pc games while you’re at it, your boss is probably not spying on you through Zoom.

There are a few other things to point out from this survey too: There’s been a 1.23% increase for Intel on Linux, which once again bucks the trend, but fits into the same theory that home workers are at the very least installing Steam on their work machines. And if you want to help increase those numbers, then be sure to check out Corbin’s piece on gaming with Linux.