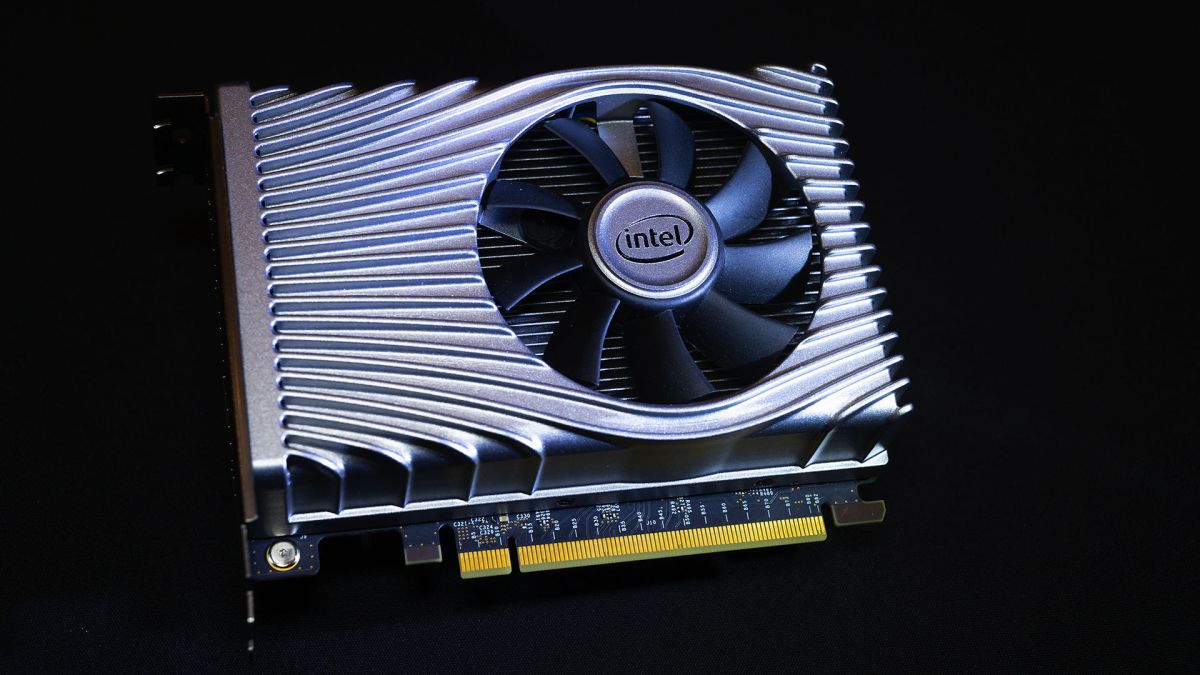 We’ve not had high hopes for Intel’s discrete DG1 GPU—not since the CES trade show when Intel demonstrated some rather lacklustre performance from its maiden chip. Since then it’s also shot down any hope of a high-end Intel Xe gaming GPU or an add-in card option for desktop anytime soon—so just a mobile entry-level chip it is then. That could still make for a decent gaming laptop though, right?

I wouldn’t set your expectations high for gaming performance. An Intel chip going by the name “Gen12 Desktop Graphics Controller”—almost certainly Intel’s DG1 GPU by another name—has been spotted in the Geekbench benchmark database by serial leaker TUM_APISAK. It posted an OpenCL performance score of 55,373, which puts it a little faster than Nvidia’s low-power MX250 dGPU with scores around the 48,000 mark.

The more power-hungry GTX 1650 Mobile dGPU, at 50 watts graphics power for the non-Max-Q variant, easily outperforms the leaked Intel chip with scores upwards of 110,000. As for AMD’s lineup, the RX 560 manages to outmanoeuvre Intel’s dGPU with scores of roughly 65,000. While the RX 550 falls only a little behind Intel Xe with OpenCL compute scores of 50,000 or so.

Now before we get too far into the comparison, we don’t yet know how representative that benchmark is of DG1’s performance come launch day as this could still be representative of the Software Development Vehicle (SDV) sent out to devs that was not intended as an accurate measure of performance. Its drivers may be shoddy as heck, too, and Geekbench results can be highly variable.

Even with a rather monumental uplift in performance (which we don’t expect will be the case) the DG1 GPU alone doesn’t look likely to blow today’s existing Nvidia and AMD mobile graphics cards out of the water.

DG1 will likely be included alongside a Tiger Lake CPU in some future designs, however. Those chips are also said to be equipped with an equivalent Gen 12 (Intel Xe) iGPU and have displayed performance on par with AMD’s mobile Ryzen processors.

When combined, the twin Xe GPUs may bolster performance in some highly-parallel tasks, or even allow for some clever power-sharing between the two. But us gamers shouldn’t get our hopes up. Multi-GPU support for gaming is almost non-existent, and while Intel demonstrated how it would go about multi-GPU rendering over at GDC, its approach relies heavily on the implementation outlined within DX12, which is not widely supported.